HJ HAD IT WRONG, IN MANY RESPECTS: NATIONAL IDENTITY Pt. 3 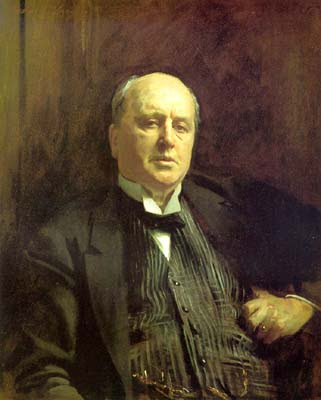 No State, in the European sense of the word, and indeed barely a specific national name. No sovereign, no court, no personal loyalty, no aristocracy, no church, no clergy, no army, no diplomatic service, no country gentlemen, no palaces, no castles, nor manors, nor old country houses, nor parsonages, nor thatched cottages nor ivied ruins; no cathedrals, nor abbeys, nor little Norman churches; no great Universities nor public schools--no Oxford, nor Eton, nor Harrow; no literature, no novels, no museums, no pictures, no political society, no sporting class--no Epsom nor Ascot! Some such list as that might be drawn up of the absent things in American life--especially in the American life of forty years ago, the effect of which, upon an English or a French imagination, would probably as a general thing be appalling. The natural remark, in the almost lurid light of such an indictment, would be that if these things are left out, everything is left out.

The natural remark, to my mind, is that a place with most of these things left out sounds like a very good place indeed.
Posted by Alex Niven at 17:09