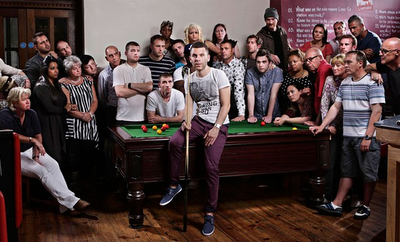 A GLOSS ON HILLSBOROUGH

As is now unambiguously clear, part of the reason both Hillsborough and the subsequent cover-up happened in the first place was a popular belief that football supporters are invariably aggressive, recalcitrant, stupid, lumpen, and dishonest. This attitude was present in the minds of the police and emergency services as the tragedy unfolded. It was present in the minds of the police hierarchy and the Tory MP Irvine Patnick as they sought to deflect blame away from themselves and onto the fans as easy targets. It was present in the minds of The Sun editors who sought to shoehorn the tragedy into a wider propaganda campaign directed at discrediting British (particularly northern) working-class people in the wake of the miners' strike and the general mood of insurrection of the Thatcher years. It was present in the minds of all the people at the time who eagerly seized on the received Sun/government version of events as confirmation of their prejudices. Over the last two decades, it has remained a popular attitude, for example, in the mind of Boris Johnson, who argued that people in Liverpool were wallowing in "victim status" in the wake of Hillsborough. It is still the popular perception in the minds of many people today.

On the right, football-bashing follows the form of the old "rugby is a thug's game played by gentleman; football is a gentleman's game played by thugs" adage. This is a pernicious and influential, if boring and predictable, class-based stereotype. On the left a more elaborate complex is evident. For all that the Blairite soft (soft) left valorised football in the nineties and noughties as an accessory of its Cool Britannia mythos, it seems that many - if not most - people on the left even now share the right-wing disdain for lumpen, thuggish football fans. In place of the usual class-based right-wing slurs - drunkenness, yobbishness, sheer common stupidity - leftist commentators attack football and football fans from leftist angles of attack: football supporters are racist, or misogynist, or passive, imbecilic consumers of a capitalist leisure industry. Marc Perelman's recent book for the left-wing London publisher Verso, Barbaric Sport: A Global Plague encapsulated this tendency.

What we might call the "empowered left" - journalists, publishers, media figures, politicians - typically adopt some variation of the above position, substituting bien pensant critique for traditional snobbery (or perhaps conflating the two). The result is an intellectual consensus across the board: football is a thug's game. The London left carries on with its bookstalls, launch parties, discussion groups, music festivals, Twitter noise, online chatter. Meanwhile, people outside of the empowered left, the people who are always somehow exiled to the outside of the circle of thought and influence, are dying, being silenced, campaigning, and just occasionally - after many years of hoping and striving - achieving victories against a rotten establishment on the ground of the culture and causes that matter to them.

Until this gulf is somehow narrowed, until the assumptions of ugliness are banished, until the negative, knee-jerk epigrams disappear that are still widespread about football, the British regions, and a mainstream oppositional culture that is not some "white working-class" throwback but a living and breathing normative radicalism in potentia, the really powerful will remain free to depict tragedies like Hillsborough however they see fit.

Slightly puzzling lack of comment from the left about the Hillsborough findings.

I'd like to think this isn't another instance of Badiou-reading Alfie Meadows supporters disdaining, y'know, actual working-class causes outside of London/the London commentariat. But then I can't be sure.
Posted by Alex Niven at 22:32 4 comments: