"Babies follows a simple 'Teen Angst' story-song. The song's protagonist, a teenage boy, spends platonic afternoons in a female friend's room listening to her older sister and the boys she takes to her room and, presumably, has sex with but this isn't enough for him and he hides in the elder sister's wardrobe and watches her with David, who works in a local garage. Unable to tell the younger sister, who appears to be the real object of his affections, for fear she will tell her mother the song's narrator listens outside as she proposes sex to a boy named Neve (The song's chorus is a proposal of sex 'I wanna take you home, I wanna give you children...'). Finally he comes 'home' to the disappointment that the elder sister has moved out, presumably in an act of nostalgia he re-enters the wardrobe but falls asleep and is found by the elder sister and the two have sex only to be caught by the younger sister, culminating in the boy making the pathetic, but seemingly genuine, excuse "I only went with her cos she looks like you". Wikipedia, "Babies" (song).
Posted by Alex Niven at 15:40 No comments: 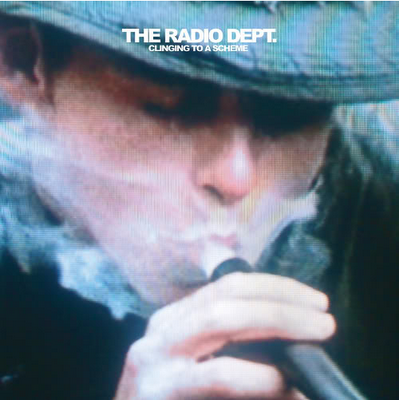 "Subiza" (copyright Delorean 2010) is a timely portmanteau word. It offers a useful means of collecting together a variety of quasi-Balearic excursions from the past few years: from direct pastiche (Mountain of One); to looser approximations of late-eighties neo-psychedelic euphoria (jj, Beach House, Delorean); to historicist revivals within dance music itself (of which, regrettably, I don't have any examples to hand, though I feel sure they exist). On top of this, it seems like all my friends are heading to Ibiza this year, as if the noughties never happened (a nice thought, this. Just stop and think about it for a second).

Anyway, in "Heaven's On Fire", Radio Dept have written the Subizan anthem par excellence. Vocals dripping with understated, ambrosial cool, immaculate housey keyboard riffs, and a sample about destroying "the bogus capitalist process that destroys youth culture", which should sound naive and embarrassing, but is actually just poignantly, simply true. This is an absolutely phenomenal bit of songwriting.

Moreover, it underlines an aspect of "classic" or "high" indie that seems to have become pretty rare over the past decade. I'm thinking about a basic sense of ateleological hopelessness/hopefulness, the kind you get with a tune like New Order's "Ceremony". Like "Ceremony", "Heaven's on Fire" is an indie record in the purest, definitive sense. There is an anti-utilitarian, edge-of-the-world feeling about it, the feeling that everyone knows someone is about to die and there’s nothing to do but, well, lament. A feeling of imminent burial transfigured by blind optimism.

I don't mean to get too Gothic, and to be slightly more concrete, this is clearly a question of context and milieu. Radio Dept seem to embody the old-skool indie notion of the well-kept secret: a group of friends together since high school, releasing an album every few years, not bothered (even obviously nonplussed) about the big time. Strip away all the fashion, hype and nonsense; the provision of this sort of environment, the valorization of this sort of ideal, was indie music’s great gift to the world. Like the hippy-dippy anti-capitalist sample at the start of "Heaven's On Fire", this might sound naively obvious, but it's a truth that bears endless repetition.
Posted by Alex Niven at 17:39 No comments:

link to Oxford Left Review, Issue 2, featuring a version of my piece on the future of the music industry.
Posted by Alex Niven at 13:52 No comments: