One of my favourite moments on Let England Shake is the hunting horn on "The Glorious Land", not just because it's a nice sonic intrusion, a neat use of sampling, a palpable "happy studio accident"; nor because it seems like a wry acknowledgment of the controversy in the late-nineties about Harvey being pro-fox hunting. No, I like it because it sounds like an American hunting horn.

It would have been so easy for Harvey the Dorsethire lass to ham up the "Englishness" side of things, to write a Laura Marling-style, Green Tory, Mercury Prize-sure thing; a paragon of pastoralism and national myth in the nu-folk mould but with added critical gravitas would have gone down a treat in the royal wedding year. Instead, there are so many facets of Let England Shake - the faintly insurrectionary title, the bleakly monochrome cover, the focus on war and crisis rather than green and pleasant lands - that puts it at a distance it from all that humbug.

Above all, of course, there's the bastard transatlantic nature of the music itself. Harvey's bedrock of blues and post-punk means she can never stray too far from healthy internationalism down the path of insularity. So there's lots of Morricone, scraps of Joanna Newsom, Bjork, Beach House maybe, and what sounds like a Bollywood sample (on a tune called, incongruously, "England"). And it's surely no coincidence that one of the best hook-moments here (What if I take my problem to the United Nations?) is a steal from a US rock'n'roll icon, Eddie Cochran.

This makes sense though doesn't it? If you're going to write an album about war and identity over the last 100 years there's obviously no point in retreating into an archaic nationalism when you the real Imperium "plowing our land with tanks and feet" is, broadly speaking, an Anglo-American one.

Some cracking lyrics too:

Goddamn' Europeans!
Take me back to beautiful England
and the grey, damp filthiness of ages, and battered books,
fog rolling down behind the mountains,
and on the graveyards, and dead sea-captains.

Let me walk through the stinking alleys
to the music of drunken beatings,
past the Thames River, glistening like gold
hastily sold for nothing.

Bits o' Blake perhaps? (Hopefully not via Richard Ashcroft). This one good too:

The land returns to how it has always been,
The scent of thyme carried on the wind.
Jagged mountains, jutting out,
Cracked like teeth in a rotten mouth.
On Battleship Hill I hear the wind say:
Cruel nature has won again.
Posted by Alex Niven at 16:53 No comments:

New film Route Irish, football, and the Labour Party entangled in the latest OR. 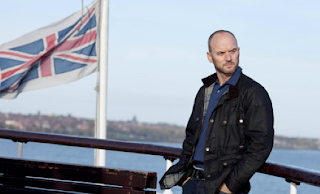 SOMETHING IN THE AIR

Piece by me ("The Cultural Logic of Green Toryism") out in the fourth issue of the Oxford Left Review.

It was written wholly independently and prior to Robin Carmody's brilliant recent blogpost on a similar theme, which I can heartily recommend as a mostly superior parallel discussion.

Extensive typos in the otherwise brilliant OLR. Just to clarify: I don't think there was a "Manchurian archetype" in '90s Britpop. Though this is an intriguing thought. 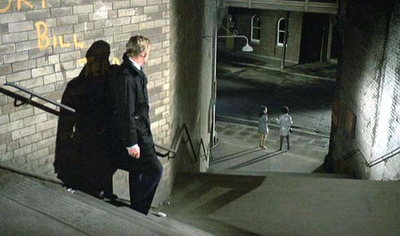 "And I came across Newcastle, which I'd never been to before. And as soon as I saw it, I knew that's where I wanted to shoot. It was such an incredibly visual city. It didn't look like a British city. It looked like Chicago or New York.

There were those extraordinary bridges and, of course, the other element was the huge ships, which were a kind of architecture in themselves." 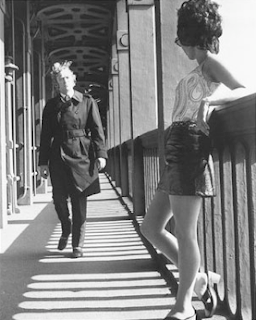 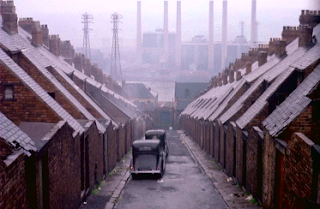 A piece on Waterworld and oceanic feeling over at new nineties blog Up Close and Personal. 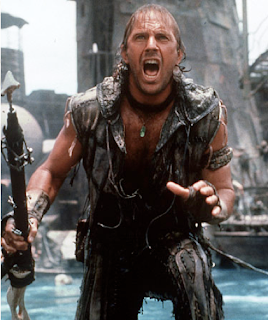 Great stuff also being written at eighties cousin Faces on Posters/Too Many Choices.
Posted by Alex Niven at 00:01 No comments: