A HEIDEGGERIAN APPROACH TO THE IPOD (NOTES)

A tune - what does it mean?

The way things are now:
A tune is an object, just one thing among many, isolated example, an entry in a catalogue, an item in a list. 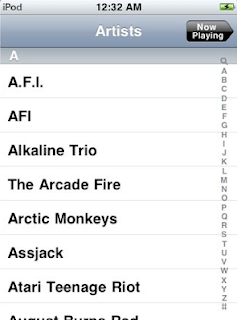 Emphasis on its technicality, its volume, its power, its compressedness, its singular formal characteristics, its instantaneous appearance of "newness", its distinguishing features in the abstract catalogue of marketable goods.

What this leads to:
An emphasis on abstract technical qualities. Distinctions on the level of surface: 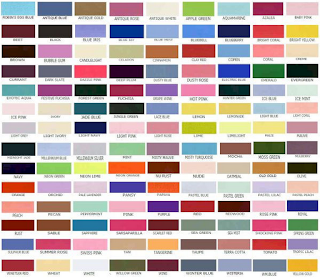 HIPSTER CULTURE - the spectrum, the rainbow, the list, the catalogue, the cabinet, the jumble sale, the fancy dress box, the auction house, the antiques fair, the curated exhibition, the museum shop. 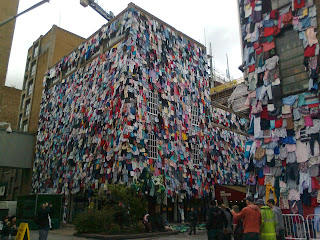 (The digital pseudo-futurism of "The New Aesthetic")

What is this tune in the world?

How should we interpret it? (ie. what does it mean?)

How does it interact with its context/surroundings?  Does it even have a surrounding backdrop, or is it just an item in an ipod list, a colour in a catalogue?

Might we say about it: they are trying to communicate something; we can hear something in what they are trying to say?
Or is it just an isolated object, a flash of individual brilliance, a display of technique, an assertion of power, the next big thing, this year's news, a trend, a gradient, a number, a filament, a degree, a letter in the alphabet, a chemical synthesis, a copper coin?

Where does it fit into life as a whole?

What is its location in the universe?

Where does it exist?

Across the span of our lives, and the lives of our children, and of everyone now living, what will it mean?

What is its time? What came before, what will come after?
Why is it the present and not the past?
Posted by Alex Niven at 15:06 4 comments:

SLIDE BACK TO THE NINETEENTH CENTURY, PART 349

Jesus H Christ. A new collection over at Topman: 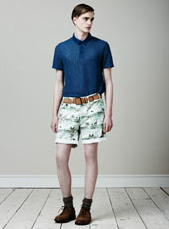 This is just plain racist.


Truly we are sliding back to the 19th century. (Thanks to Rob Cotter for the link).

Also, just stumbled on a quote of this guy's: "... how we felt with [Mumford and Sons], was like we were setting up a family business".

BE A GOOD FRIEND TO THE WEAK, AND LOVE JUSTICE

Review I wrote of Paul Salveson's Socialism with a Northern Accent over at the excellent New Left Project. 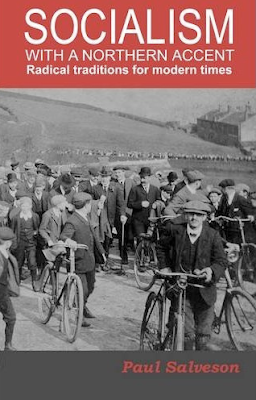 THE HIDDEN HOPE OF THE FOOTBALL STADIUM 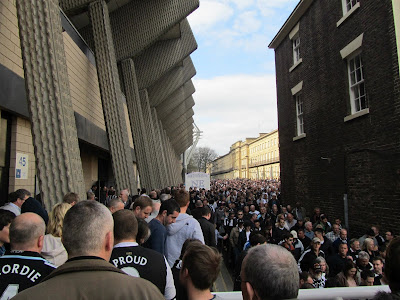 Well now, this might just be one of my favourite photos ever.

MORE ACTUAL PROPER REAL FOLK, WHILE WE'RE ON THE SUBJECT

Part of the reason the nu-folkers annoy me so much is their appropriation of something that in slightly different circumstances could be incredibly worthwhile. I was thinking about this at The Futureheads' gig at Union Chapel the other night, which featured acapella covers from their new album.


The thing about folk music is that it repudiates the commonplace that it's not about where you're from that counts. Of course it's ridiculous to be puritanical about background and origins; Richard Thompson was from Highgate after all. But it's also unequivocally true that there's a definite qualitative difference between music that is made in a context of rootless privilege and music that has at least some meaningful connection to place and history. The whole justification for folk culture is that it can pass on historical narratives and notions that have been jettisoned by the conservative mainstream. That's why the attempt by the latter-day Cameronite conservative mainstream and its cultural avatars to sell the folk myth is both utterly spurious and extremely dangerous in its likely effects: far from throwing the light on stories and places that capitalism keeps in the shade, it offers an enterprising bourgeoisie the chance to colonise the spaces and heritages that were never theirs in the first place.

Conversely, when you do hear real folk music that comes from a good place, the qualitative shock is unmistakable.


Of course it's possible to pick holes in what The Futureheads are doing (they're mid-career rock stars looking for a quirky new angle, they're not as echt working class as they seem, they're complicit with the record industry, etc). But in drawing a line back from their latter-day pop waywardness to a history that is undeniably theirs in specific important ways, they've produced music that is so palpably removed from the Mumford and Sons travesty that it comes very close to communicating something that has been expunged from the records in recent cultural history: artistic truth. You can quibble all you like about this description, but I think that we would all agree that this is something that exists and that we recognise manifestly when we encounter it. Without music that rings true with people's histories and worldviews, without a basic confidence that we have a truth and an authenticity that needs representing and needs to be advocated in opposition to the Cameronite debasement of roots, we're going to evaporate pretty quickly.

By Reynolds, has anyone commented anywhere on this Facebook group?

I stumbled across it on a (privately educated, Oxford uni-attending) friend's profile just now. No explication needed!

Which is fortunate, because I'm literally speechless ...
Posted by Alex Niven at 17:42 4 comments:

OUR TV CULTURE IN THE SHIT

The Our Friends in the North echoes in current BBC drama White Heat are so blatant, they probably don't need require much elucidation. To quote liberally from the Wikipedia page:

Milne has said she thinks its theme is "the disappointment of the Left."

Nevertheless, the comparison is a necessary one.


Purely on the level of surface, it's striking how much the emphasis has shifted in the last two decades from dialogue to visuals. OFITN consisted largely of astonishingly intimate and psychologically realistic episodes set against the backdrop of a nuanced, multi-dimensional plot that anatomised police corruption, the sex industry, post-war housing, the miners' strike, and the evolution of British political culture over the course of thirty years of election campaigns.

White Heat, on the other hand, is a tapestry of gratuitous period detail, languorous cigarette/spliff smoking, close-ups of the ridiculously good-looking and anachronistically hipster-ish leads looking tortured and moody, melodramatic snogging, Skins-esque parties, partner-swapping, unearned sequences built around the fashionable countercultural soundtrack, and general unapologetic attempts to build a narrative out of a gelatinous glazing of radical chic and highly stylised cinematography.


All this is par for the course. That otherwise decent Great Expectations adaptation over Christmas, for example, suffered from the same tendency to mistake the TV drama serial format for a sort of high-end Burberry underwear ad. (Do Burberry even do underwear? Fuck knows, but you get the gist).

But what makes White Heat a true travesty of the precedent set by OFITN is its emphatic rejection of the ostensible grounding in politics and history for an exaggerated pomo-liberal-humanist stress on the personal. The "personal is political" frame is also there in OFITN of course, and it's a worthwhile enough starting point for social realism (though actually titling episode 4 of WH, The Personal is Political is surely nudging the cliche a bit too far). But for all its glossy New Left references, White Heat has very little historical sense. Politics and history are alien presences that almost always get in the way of personal emancipation (sex, career, creative development) and interrupt the narrative in awkward, crudely obvious ways, like when a row breaks out over a radio announcement of Churchill's death, or when David Gyasi's Jamaican character is sus-ed driving away from a party (which means he can't return to get off with the female lead).


Personality trumps socio-political materiality every time. Everything positive in the narrative seems to arise from some ineffable propensity in the black-female-gay characters to do good in spite of the surrounding political context, without any counterbalancing sense that their emancipation might relate meaningfully in some way to the political struggles being fought outside of the Big Brother-style household. The "Left" whose disappointment is apparently the theme of the piece is reduced to a one-dimensional caricature in the form of the posturing vanity of the "left-wing radical" character, the serenely dislikeable slumming-it poshboy Jack (played by a guy who on many occasions clearly doesn't have a clue about the historical context of what he's saying).


Sexism, racism, and homophobia are not problems that are seen as having anything to do with a wider leftist egalitarian movement; rather, Jack's "precious class struggle", as one character puts it, is viewed as not only separate from but actively antagonistic to the individual identity struggles of the other leads, who are effectively compartmentalised stereotypes of marginal groups alternately quarreling and shagging each other in a sort of Darwinian soap opera, at the end of which hovers the reward of middle-aged middle-class respectability (though of course this will be mitigated by a mysterious tragedy experienced by the elderly characters in flash-forward sequences where they float winsomely around the domestic setting of their youthful sexual conquests and gaze nostalgically at impossibly cool-looking polaroids).

And the writing and acting in OFITN were just so much better ...