INTERSECTIONALITY OF THE GUT 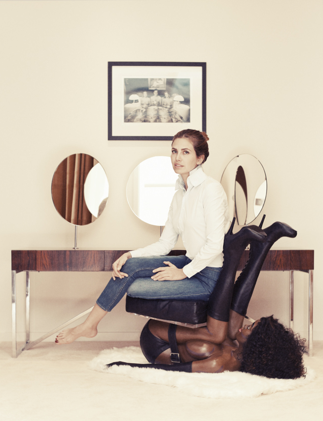 There's been a lot of debate about intersectionality recently. But all too often, it seems to me, what's being termed intersectionality is little more than a classic ascetic-deconstructive manoeuvre, a way of saying: okay, your argument is all very well and good, but you haven't given sufficient attention to x, and here's a more sophisticated, more rigorous turn of the screw, and another, and so on ad infinitum. Some might view this positively, as dialectical ratiocination, or simply a necessary way of conducting intelligent debate. But right now, in the current moment, in the context of the omnishambles that is the contemporary left, I think these sorts of movements are invariably negative and paralysing.

What is more (and I think this is partly why it took me so long to understand what intersectionality actually is), what's being left out a lot of the time is the "inter" part of the formulation. Invocations of the intersectional credo are most often made along the lines of emphasising - either explicitly, or implicitly through the virulence of their expression - the interests of a single section, a single ideological category. Debate then gets swallowed up by warring capitalised mega-interests - Anti-Racism, Anti-Sexism, Anti-Homophobia, or binary or triadic compounds of the same - which of course very few people in their right minds (on the left at least) would ever really consciously oppose, but which have a tendency to be affirmed in the context of frequently absurdist melodramas of debate in which people who are quite obviously in general agreement become violently opposed to each other on grounds of super-subtle sectional difference.

How, then, can intersectionality be used more positively? I think that, when we look at something like the above picture, we all know instinctively, and with a visceral certainty that relegates debate to the level of relative meaninglessness. Yes, the picture tells us, this person is undoubtedly racist. But she is also anti-feminist, pro-capitalist, and (literally) perched on the pinnacle of a system in which the labour of millions is used to furnish the airbrushed propaganda of new neoliberal Tsars and Tsarinas who differ from their pre-twentieth century predecessors only in a smattering of infinitesimal ways.

The really effective response to this picture should not be banal cries of racism of the kind that we hear from the liberal press (and which Zhukova can try to refute on the grounds that she, as a bien pensant social-liberal-of-sorts, is interested in sponsoring "anti-racist" artworks). Rather, horrors like this should provoke the counterposition of a holistic, socialist, ethical critique in which anti-racism scarcely has to be invoked because it is so obviously an integral part of a wider anti-capitalist, anti-hierarchical movement. Real intersectionality must mean the integration of sectional interests until they need to be emphasised in a sceptical, disintegrative manner only in rare instances.

At the present moment, we need a socialism of the gut way more than we need more hyperbolically nuanced debate. If we can't grasp this and act on it before getting sidetracked into endless deconstructive caveatising, then the left really is doomed to repeat the failures of last half-century, if it even makes it through to the next decade.
Posted by Alex Niven at 19:47 2 comments:

Further to this debate about retromania (see below, here and here), there's a very interesting article by James Parker and Nicholas Croggon over at Tiny Mix Tapes, which widens the discussion into an attack on contemporary music crit as a whole.

There's a lot of very tasty stuff there, and the article is strongest I think in pointing to a sort of endemic, half-unconscious historicism right across the board in music writing from Rolling Stone to The Wire.

However, I don't quite get the conclusion:

So, the lesson of Cage, Eno, and now vaporwave, Belbury Poly, and even (if read critically) Daft Punk is that history need not be conceived of as an endless hurtling into the future. Indeed, the important thing about these musics is that they not only concern history, but assume a critical position in relation to it — they both critique certain conceptions of history and offer new ones.

Firstly, there's the obvious fact that a group like Belbury Poly is surely the epitome of retromania in its hauntological mode (and I don't buy the argument in the piece that it "makes us question our sense of nostalgia" - maybe it can, but to do so you have to run it pretty hard against itself, because I reckon most people get off on the nostalgia way more than they enjoy the implicit critique).

Also, and relatedly, I'm not sure from these examples (and from the examples of Malevich and Duchamp) what is being held up as a more positive kind of art. In fact, it seems to me - and the authors' use of the word "timeless" is a tell-tale sign here - that what is being avowed is essentially a very specific mid-twentieth century lineage of postmodernist art, the high-art canon of the last few decades of post-modern, post-ideological neoliberal orthodoxy if you like. "Black Square" and 4'33" were indeed modernistic steps forward of a kind, but they were also endpoints for modernism itself, transition works that helped to usher in the postmodern period (of which "retromania" is merely a latter-day extenuation).

As such, and taken together with the argument against time viewed as an "endless hurtling into the future", I don't really see that anything is ultimately said in the article beyond a restatement of the end of history ethos that the retromania argument takes as a starting point of its diagnosis.

What seems to be being rejected is the idea that art/music can make active, purposive (rather than passive) social interventions that impinge upon democratic forward-movements, and I'm afraid we've had more than enough of that sort of thing for way too long now.
Posted by Alex Niven at 22:05 No comments:

THE SUBLIMATION OF THE SOAR 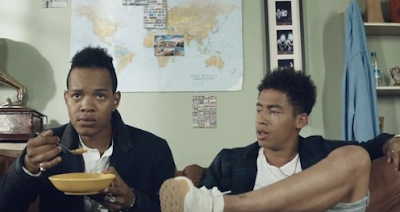 I was geet pleased to write one of the first Quietus Essays. File under strains of tentative futurism in 2010s pop.