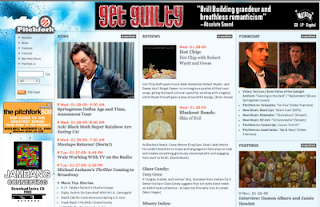 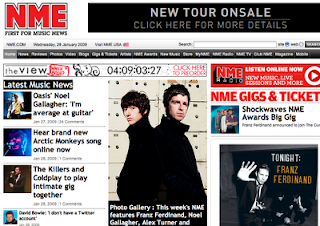 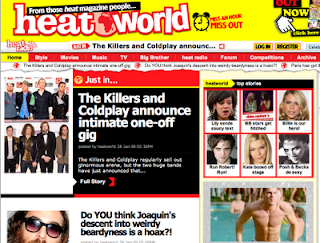 -
So, according to Simon Reynolds, Vampire Weekend works because it’s the cultural expression of an Apollonian ‘liberal elite’ in the ascendant?

I’m all for ‘serenity, clarity, order’ and the rest of it, but surely something is lost in banishing Dionysus altogether.

Maybe a more apposite target of blame for the present political/economic/cultural malaise would be a pernicious, travestied form of the Dionysian urge, a culture-wide hegemonic assimilation and recuperation of all manner of radicalism and messiness into the staid and unwavering current of orthodoxy, to the point where all potential for subversion is lobotomized and we are left with a kind of bizarre hybrid of conservatism and excess. Order masquerading as freedom, retrograde corporatism as ironic kinky kookiness; an insidious Apollo in Dionysian garb, if you like.

OK, Obama isn’t a rock’n’roll leader in the Blairite manner, and his inauguration speech was notable for a very un-sexy emphasis on restraint and sacrifice, but does this really equate to a zeitgeist-minded avowal of hierarchy? Surely Obama embodies passion and populism as much as intellectualism and urbanity – isn’t that his great overriding strength as a unifier?

It strikes me that the reductive Dionysus/Apollo dichotomy applied to Obama and Vampire Weekend (and the apparent endorsement of ‘elitism’, however liberal) belongs to a Bushian, us-and-them climate, when what we are now (hopefully) being promised is a return to a Clintonian ‘there is no them, there is only us’ world.

For me, Vampire Weekend is such a great record because of its smoothness and its jaggedness, because of its incorporation and admission of chaos within the carefully-sculpted boundaries of its form, and its suggestion of a riotous dismantling of barriers – stylistic, geographical, formal, temporal. If it really were the clinical, precise, pre-meditated survey of pop history Reynolds argues for, it would be a lot less trenchant, and certainly a lot less fun (check the wonderfully wayward drumming on ‘A-Punk’ for an ebullient example of the countervailing tendency towards disorder).

Vampire Weekend are, like Barack Obama (and Animal Collective for that matter – another instance of ‘sculpted messiness’) the whole Hellenistic, disparate-yet-unified package: a timely re-appearance of a wise and mature Apollo combined with an equally important reaffirmation of the real Dionysus, who is free and democratic (and un-elitist) in the truest, subtlest, most heartfelt American sense. 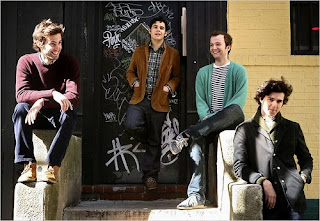 -
Got asked in an interview for wor band recently what our 'career plans' were.

At the time I thought nowt of it, but turns out roughly 1/3 (the final 1/3) of the 200 word-or-so article was devoted to my (rather bewildered) response.

What sort of band is it that has a fucking career plan?!!? (actually, come to think of it ...)

I suppose there's always the Manics: 'we will release the best album ever, sell 20 million copies, then split up'. But bands don't really make these kind of neo-Dadaist manifesto declarations any more, do they?

Next time I'll have a better idea what to say.
Posted by Alex Niven at 10:54 No comments:


I suppose it's a bit like with performances of Shakespeare: many-faceted, culturally definitive text capable of rich multiple meaning is travestied by look-at-me am-dram idiots peddling a reductive, hackneyed caricature.

I don't mean to go overboard, and it does seem that Mr Hegarty himself was very much involved, but this is like a magnified visual summary of what Antony and the Johnson's could be like (if they were shit), as if someone has just lazily thought:

DRAMA+EMOTIVITY+RAWNESS IN THE MUSIC = CAMPNESS, MELODRAMA AND NUDE FROLICKING IN THE VIDEO

Antony and the Johnson's cover art (see below) always seems to me to do a fantastic job of capturing and augmenting the music's quiet, visceral weirdness, so I really can't see how this video has ended up looking like a below-par Scissor Sisters gig (and it doesn't get much worse than that now, does it friends?).

The tune itself and accompanying album is however almost orientation-questioningly brilliant.
Posted by Alex Niven at 08:36 No comments: 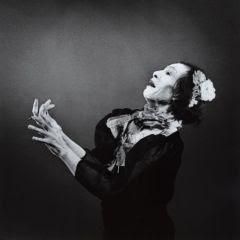 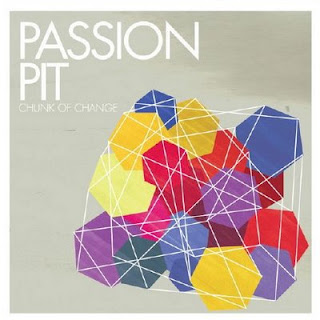 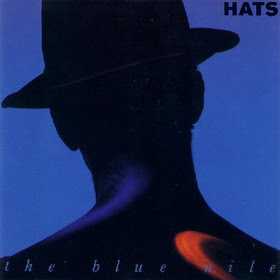 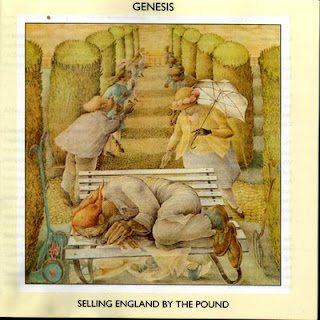 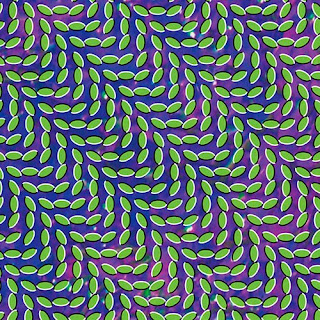 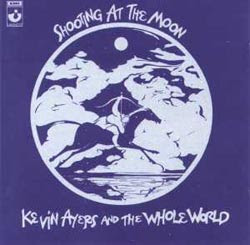 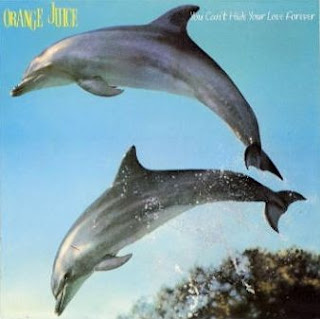 -
Nah, not really, but I must say that I'm starting to quite like the new Lily Allen (called 'The Fear' - surely now the second-album-comeback, too-many-drugs-culminating-in-panic-attacks-and-general-insecurity song title par excellence? See Doves, Pulp, Ian Brown &c).

As with Britney's epochal masterpiece 'Piece of Me', 'The Fear' treads a fine-line between eloquent self-referential irony and shockingly unwitting, unironic self-parody, but I've come to the conclusion that, as with Britney, it's the former that wins out in the final instance.

'The Fear' is so melodic/melancholic in a sort of winning, mea culpa, little-girl-lost way, it's almost enough to make you feel sorry for the lass.

ALL YOU NEED TO KNOW 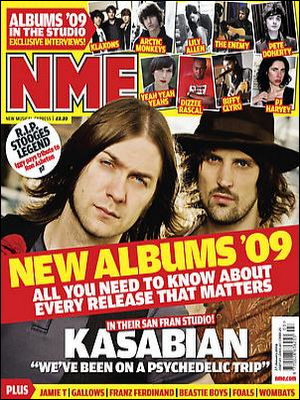 ANOTHER PART OF WHAT IT'S ALL ABOUT

-
I copied this into my hotmail account while switching computers recently.

Dunno if this is illegal/impolite, but I think this kind of thing bears repeating as often and as vigorously as possible. It's from a Simon Reynolds interview around the time of his book on post-punk. Sums up a lot of things ...

'At the same time, though, I see post-punk in some ways as a continuation of the '60's -- that idea is there in the book a bit, but it's more and more on my mind. Punk and post-punk are part of the idea of youth as vanguard that was illustrated in the '60's, although obviously, there's an internecine war within that vanguard with the generation before. But it's all one thing: the whole idea of music as this incredibly serious thing, records as statements, records as something you tell the time by, zeitgeist stuff, seriousness, the lack of irony, the non-retro-ness. It's all one block of time and I always feel that the '60's start to end in the '80's.

More and more, I see that the '80's is when the post-punk vanguard either sells out or goes totally marginal and also when the original '60's people start selling out. You look at what Peter Gabriel did in the '80's -- he completely abandons all that proggy, dressing-up-in-costumes stuff and does this slick soul. Or Steve Winwood. He remakes himself as a modern soul singer. It's as if he's going back to being what he was originally: a Mod, imitating black people. So, it's as if the mid-'80's is the time when all that ends. Obviously, it's not as neat as that because you have alternative rock and you have grunge and you have the echoes of, or the return of, rebellion -- the return of punk as grunge, for instance. You have rave, which has an almost postmodern echo of the '60's -- the summer of love, and all that sort of thing.

So, these things never go away completely and there's always squatland and there are always people trying to live outside of society. There's still bohemia. Nothing is as clear-cut as that, but in the book I wanted to boost post-punk and claim too much for it and the way to do that was to set it against the '60's. Nevertheless, I think post-punk has more in common with the '60's than music today has with post-punk. Post-punk still had a tremendous seriousness, a tremendous conviction that music had power or that it could change the world. And it was pre-irony, it was pre-retro culture. But, of course, it's complicated. Pop time is very complicated. You can divide it up in all these different ways. It's not like irony and retro rule everything now. There are still people who are very passionate about music and who are totally unironic and probably believe it has all this power to do things, but they seem more and more marginalized.'
Posted by Alex Niven at 08:23 No comments:

The Lost Leader is amazing - do check it out if you get the chance. Such an effortless use of rhyme, and destined to feel even more culminatory and momentous in light of this awful news. 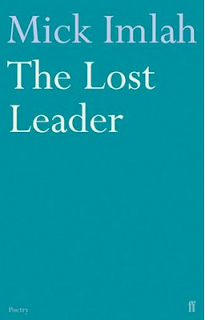 -
ME: So what happened in the Cold War, love?
LOUISE: Sputnik.
ME: Sputnik?
LOUISE: Yeah, and then there were loads of phone calls and the world nearly ended. And then it didn't. It was exciting.
Posted by Alex Niven at 09:31 No comments: