As a follow-up to the post on the obsolescence of "yuppy" (and as christening of sorts for the reinstated comments feature here) can anyone think of any more tellingly dated words or phrases?

Wayne glances at agnostic in an excellent recent post.

I've got an even more basic, banal one: vain.

Nobody is "vain" anymore because everybody is.
Posted by Alex Niven at 11:26 2 comments: 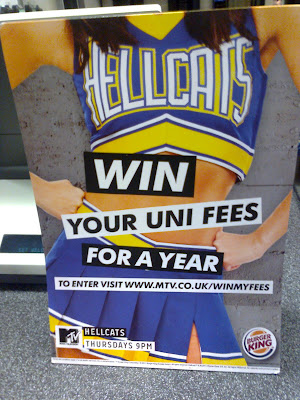 When was the last time you heard the word "yuppy"? Ages ago, wasn't it?

It seems that everyone is now a yuppy, and the concept has been normalised. Hence there is no need for the word itself.

Am I a yuppy? I regret to say that I am, more or less, not by dint of choice, but because it's very difficult on a practical level to go through life avoiding yuppy cultural touchstones.

If you want to make phone calls you pretty much have to have an egregiously shiny new mobile phone.

If you want to get a cheap lunch/coffee/tea on the go, you pretty much have to go to Starbucks/Caffe Nero/Subway/pretentious sandwich outlet.

If you want to buy cheap, comfortable clothes you pretty much have to get them from Topshop/Gap/H&M.

If you want to get pissed, you pretty much have to go to a pub/bar/cocktail "lounge" that looks like a brothel done up by the Changing Rooms team in the mid-nineties.

If you want to have a cheap holiday you're looking at a "cultural" weekend away in a European capital.

If you want to read a classic novel you have to put up with cover art that looks like a soiled copy of Cosmopolitan from circa 1989. 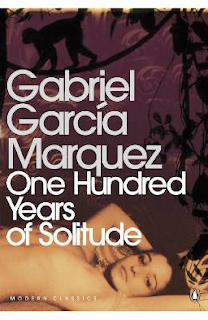 If you want to make friends you join a gym, a dating agency, exercise class, or make do with work networks.

If you want to see live music you have to do it at a venue whose raison d'être is its sponsorship by a major lager manufacturer, or at a festival where people drink Pimms and Cava and wear fashionable high street clothing.

If you want to keep tabs on culture and in contact with all the people you care about, you have to spend inordinate amounts of time on your own, with a laptop, indulging in adrenalinized, rhizomatic activity that is the final apotheosis of yuppy work culture.
Posted by Alex Niven at 13:21 1 comment:

I'm finding myself increasingly drawn to the mid-late Victorian period: Ruskin, Dickens, Tennyson, Morris. Perhaps this is because, in so many ways, this is the culture we're being returned to, one of unchecked, unopposed liberal materialism, one in which reform will have to start from the bottom-up, with a blind, "sentimental" leap of hope.

Oh yet we trust that somehow good
Will be the final goal of ill,
To pangs of nature, sins of will,
Defects of doubt, and taints of blood;

That nothing walks with aimless feet;
That not one life shall be destroy'd,
Or cast as rubbish to the void,
When God hath made the pile complete;

That not a worm is cloven in vain;
That not a moth with vain desire
Is shrivell'd in a fruitless fire,
Or but subserves another's gain.

Behold, we know not anything;
I can but trust that good shall fall
At last - far off - at last, to all,
And every winter change to spring.

The first issue of a new experimental webjournal run by a couple of pals of mine is out. Called Wave Composition, it features a pretty remarkable array of stuff - poetry, essays, interviews, translations - all undergirded by a commitment to reviving some sort of basic avant-garde tradition in Anglo-(Franco?)-American letters. Especially intriguing is the Christian Bök interview, with its discussion of his crrrrazzy Xenotext project, and China Mieville's remarks about forging a "counter-tradition".

Creative contributions are welcome so get in touch with the editors via the email address on the site.

My own contribution to the first issue was a soi-disant "Retroactive Manifesto for Pop". It's a pretty experimental piece of writing in itself so tread carefully. But hopefully the main point comes across: pop music was/is part of something much bigger and more important than is often acknowledged, something in dire need of structural, collective renewal.

Btw, I know I said I wasn't going to mention this again, but it was entirely written prior to reading Simon's book. The "retroactive" tag (and the layout and tone more generally) is a blatant steal from Rem Koolhaas's book about New York architecture.
Posted by Alex Niven at 09:33 No comments:

The new J-Lo single is a classic example of a burgeoning trend: the use of non-drums in pop.

Just listen to those ultra-processed, etiolated snares. What is their function? They don't facilitate dancing. They're not really anchoring down a groove or demarcating a rhythmic structure. They're too high-pitched and insubstantial for that.

They sound like that noise you make when you put your tongue on the roof of your mouth and make a "clicking" sound by blowing through your front teeth, a sort of "bubbling" effect (though the actual sound is not as poetic as this description would suggest).

I suspect it has something to do with contemporary listening habits. Do snares of this pitch-shifted frequency sound better on mobile-phones/laptops, that is, devices without much low-end?

This isn't a rant. I'm genuinely bemused/fascinated. Answers on a postcard to the email address on the right. If you can be bothered.
Posted by Alex Niven at 16:32 No comments:

"I AM A FIERCE ADVOCATE OF FREE-MARKET CAPITALISM, AND YET ..."

Check out this intriguing neocon companion piece to the Retromania debate (last time I mention this, I promise). Thanks to Steve Ross for the link.
Posted by Alex Niven at 00:01 3 comments:

WHILE THE MUSIC LASTS

Feeling a wave of poptimism at the moment (probably as a reaction to the Retromania kerfuffle - see below). Getting a bit obsessed with Nicki Minaj, for instance.
Also reading some philosophy of music stuff, and having ambivalent thoughts about it.
Take Peter Kivy's Antithetical Arts: On the Ancient Quarrel Between Words and Music (2009). This is a book that deploys an infuriatingly fustian prose-style, a classic case of the analytic philosophy text that tries to be chatty and everyday and to avoid theoretical "pretention", "imprecision", and "verbosity", but ends up being utterly pretentious, imprecise, and verbose with its fussy bourgeois patois and interminable Ivy League circumlocutions. (Is it Marcuse who talks about the fact that analytic philosophers often "define their terms" in an arcane public school dialect that is anything but "pragmatic" and "neutral"?)
The content of Anithetical Arts is also DEAD annoying. “I am an inveterate, entirely unrepentant believer in the good old romantic concept of genius, and in the doctrine of progress that it supports", says Kivy, not very winningly. The entire book is a defence of the old notion of "absolute music" - an extreme formalist position which holds that, effectively, context is irrelevant; works should be denuded of their social-historical dimensions and studied as pure artifice (and even then, so the argument goes, music is such an abstruse phenomenon that it's probably ultimately un-analysable).
Of course this is classic Romantic-conservative crap, which moreover begs the obvious question: how have you managed to become a distinguished and (probably) wealthy professor of philosophy of music if you don't think it's possible to analyse music?
So that was that. But then I heard this again:
And I was reminded of this:
“… absolute music does have the effect that it does, of character-uplifting, consciousness-expanding … and to that extent, it can, as well, be described as morally uplifting. There is no evidence that this ecstatic, character-uplifting experience has any lasting effect at all on moral behavior or moral character in the long haul. Nor is it some mysterious, Orphic or Pythagorean quality that music alone possesses. (It is not the harmony of the spheres.) But never mind all of that. Music does possess it. And while you are experiencing its effect, you are the better for it, and so is the world. So we should forget about what absolute music can’t be and cannot do, and thank God, or evolution for what it can.” (Antithetical Arts, p. 232)


And I found myself agreeing with Kivy.
Momentarily.
Posted by Alex Niven at 00:01 No comments: