NOTES ON THE GUARDIAN NORTH-EAST/DETROIT ARTICLE

Perhaps because the football season ended so anti-climactically this weekend, the north-east of England has since taken a diversion into socio-cultural terrain to enact a now familiar ritual of tragedy-as-farce played out in the national press. (See also the social media accounts of pretty much everyone from the region over the past couple of days.)

Seeing as I was one of the interviewees for the piece by Andy Beckett that started the whole fuss on Saturday, here's some of my thoughts about both the article and the response to it ...

Firstly, some notes about the format of the piece. My contribution was to be interviewed by Andy over the phone some six or seven months ago. The conversation lasted about an hour, and although a part of me was initially sceptical about the fact of the article being written by someone from [evil voice] The South, I was impressed by Andy's intelligence, inquisitiveness, and above all, his sympathy - arising, I think, out of his own socialist beliefs and certain of his life experiences - in highlighting the profound social and economic difficulties the north-east has faced in recent years, difficulties that have often been occluded and even ridiculed in the mainstream media. Inevitably, in the final version of the article, my comments had been whittled down to two or three short quotations (which are, by the way, kind of embarrassingly ungrammatical - proof of their spontaneous, extemporised origins I think).

I fully expected this to happen and nothing in the piece misrepresented my feelings in any way. At the same time, of course there was a hell of a lot of stuff that I mentioned in that 1-hour phone conversation that didn't make it into the final cut.

On the one hand, I'm tempted to to follow incumbent politician Chi Onwurah's lead by claiming that the choice of quotations and the overall thrust of the article was selective, that there was a lot of more positive stuff mentioned in the interview with Andy that wasn't used in the published version. I could go on about how I think the north-east is the greatest place on earth (I do), talk about how desperate I am to get back there (4 unsuccessful job applications this year and another pending), reel off soundbites for the sake of balance about the growth of tech start-ups in the region, moderate increases in house prices, the fact that Newcastle's nightlife is still thriving, the continued outstanding creative achievements of the area's sons and daughters, how wonderful the landscape is, and so on and so forth.

All this stuff is true, but to be honest, I'm not writing a tourist industry brochure or massaging PR for the Nissan car factory. Besides, as the ever trenchant Ross Lewis pointed out on Twitter: "You can love the best of a place and also be ashamed of it and try and change the worst aspects".

I don't want to speak for Andy Beckett, but I should imagine there are a couple of reasons why his article was not entitled "The North-East of England: Some Pros and Cons" or "A Rounded Portrait of a Part of the Country That is Essentially Quite Similar to Everywhere Else".

The first, obviously, is that no editor would have published it and no reader would have bothered to read it through to the end. Outside the world of corporate hospitality literature and marketing hyperbole, articles about a particular subject will of necessity take a specific line of argumentation, and the Guardian piece was in my opinion an entirely fair-minded exploration of the (factually indisputable) notion that the north-east has suffered in recent years from socio-economic decline. If this premise was subsequently simplified on a superficial level by headlines, choice of images, pull-quotes, the Detroit parallel, etc, then that's the nature of journalism, and it's surely not all that difficult to see beyond this paraphernalia in order to see the nuances of the discussion contained in the actual text. Accusations of a "hatchet job" are laughable, and should be rejected out of hand by anybody with any sense.

The second reason I think for the critical angle taken in the piece is that criticism of the way recent political history has unfolded to the detriment of certain parts of the country are much-needed. If I knew the Detroit analogy would be used in the quite the way it was, I might have been more wary of deploying it in conversation with Andy. But then again, I think the parallel is pretty apt (though of course only partially so), because Detroit is the archetypal example of a post-industrial city/region that has suffered very badly over the last three decades - in a broadly similar way to the NE - from the neoliberal double whammy of deindustrialisation and massively reduced social spending.

I think that anyone who cares about the north-east is likely to feel a sense of anger about the fact that it has, inarguably, suffered in certain concrete statistical ways in the post-Thatcher period. Nitpicking about the finer points of the Detroit analogy seems to me pretty foolhardy in light of the essential connection between working-class Western cities that have been continually passed over in the race to liberate the market and bolster the wealth of the super-rich in the last three decades. (Moreover, looked at another way, as someone pointed out on Facebook, isn't being compared to Detroit - cradle of Motown, Eminem, MC5, and Iggy Pop - quite a bit better than being compared to Croydon?)

I have sympathy with some of the defensive reactions to the Guardian piece. Perhaps there's always something slightly questionable about being told by an outsider that the place you live in might have problems, and it's a natural human reaction to respond to such claims with proclamations of local pride and useful additions to the discussion that try to provide examples of north-eastern resilience and ingenuity in the face of social and economic marginalisation.

But I think a better way to react to the article than trumpeting local success stories and worrying hysterically about how negative PR might deter capitalist investment (which I'm going to go out on a limb here by suggesting might not necessarily be a plausible or even a worthwhile solution to the problems faced by the vast majority of north-easterners), is to use the example of the way the region has been shafted by the London-based institutions of the English Establishment over the last few years as fuel for political anger and constructive determination to change things. The former ultimately plays into the hands of the Tories, while the latter offers the hope of something much more valuable.

There are way more than 100 reasons why it's great up north, but right now offering a coherent, organised alternative to the south-east and its capitalist mega-city is not one of them. 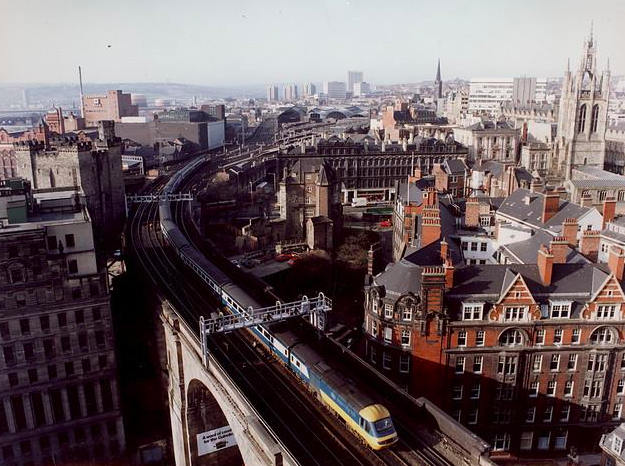 Myself and the incomparable Tamar Shlaim will be hosting the Zero stall 10-5. 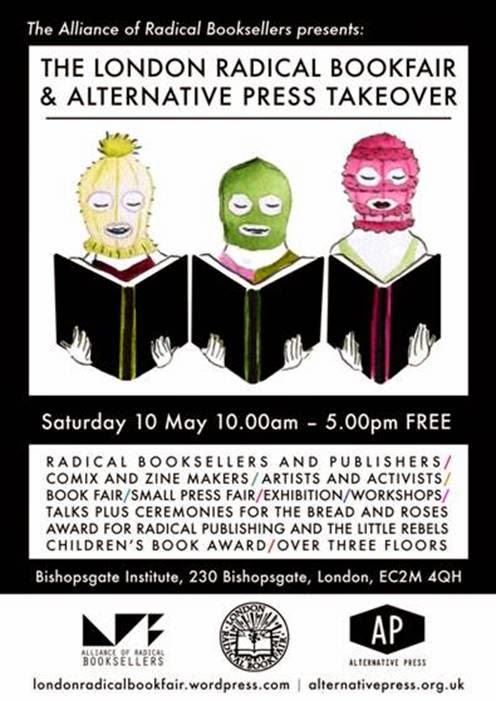