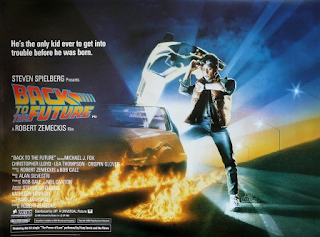 These brilliant films appeared in 1985 and 1989 respectively, bookended on either side by Jameson’s Postmodernism (essay and book). Like their near contemporaries Bill and Ted’s Excellent Adventure and the TV series Quantum Leap, the Back to the Future films gave mainstream expression to a widespread spirit of senescence and belatedness in the mid-late eighties. Herein were the first tremors of that millennial insecurity which would burgeon in the ‘90s into endemic culture-wide retroism and the fin-de-siecle “end of history” zeitgeist.
The post-war years had been a golden age for sci-fi of course. But the shift towards the popularity of the time travel theme was a notable one - "certainly the end of something or other, one would sort of have to think" (DFW). Like Quantum Leap, the first Back to the Future was self-reflexivity in extremis: the time travelling took place exclusively within the post-war period itself, a barely historical immediate past. Marty McFly travels to 1955, only about a decade before his birth; 1985 is the “future” he must get back to.

History, it seemed, had been downsized. 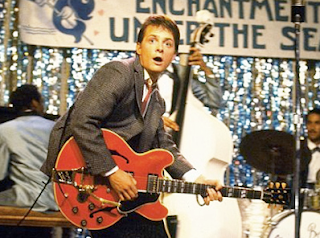 Light was being thrown on a distinct 30-year epoch as it reached a close, and here the plot's musical orientation is significant. ‘55-‘85 exactly delineates pop music’s confident, classical foundational period. But by the mid-‘80s it was increasingly looking inwards and backwards for inspiration. CD reissues of classic albums glutted the charts. ‘50s artificiality pervaded mainstream pop (cf. Shakin’ Stevens, the ubiquity of covers, and the chilling revival of the saxophone in records like “Careless Whisper” and “The Heat is On”). Further to the left, the major indie bands of the day - The Smiths, Jesus and Mary Chain, Primal Scream - initiated alt-rock’s long-running love affair with the sixties. Psychobilly blossomed. Acid house was just about to offer a postmodern reprisal of the Summer of Love. From this moment on, self-consciousness and pastiche would set the dominant tone in pop.
Back to the Future, with its saxtastic Huey Lewis soundtrack, and climactic performance of “Johnny B. Goode”, expressed all this in deceptively charming, undeniably prescient Spielberg-esque blockbuster fashion. The first film marked an end of sorts for popular post-war sci-fi, and the replacement of futurism in pop culture with an introverted, accelerated version of cultural memory. 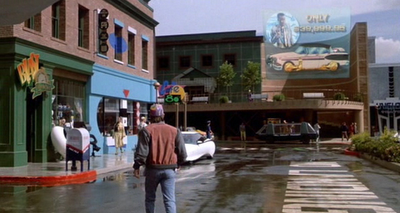 But Back to the Future II took a couple of steps back, and gave a précis of what I had left behind. II is an uncanny masterpiece which explores the myriad possibilities of time travel (see 4Qs: the paths we didn’t take, the world of speculations etc) by way of a classically sci-fi modernist mode. It flits back and forth between 1955, 1985, and a projection of the 2010s that is in many ways remarkably accurate. Witness the Café ‘80s revivalism complete with a virtual “ghost” of Michael Jackson; the rainbow-coloured, ersatz consumer gaudiness; the hyper New Urbanist corporatism of Hill Valley circa 2015, with its comprehensively privatised public services; the alternate 2015 in which the millionaire Biff rules over an anarchic, state-less dystopia.


For a mainstream film aimed at the holiday season market, Back to the Future II was a bizarre and intellectual film. But its real value today is as a record of time in the not so distant past when fantastic speculations about the future were a standard facet of pop culture. As our engagement with technology has become passive and uncritical, as our imaginations have been dampened by nostalgia for just-obsolescent consumer pasts, we seem to have lost our taste for the wonderments of time travel. Some basic sense of inquisitiveness, some basic need to predict and to speculate and to self-determine has been lost. Who ever heard of a Hoverboard? 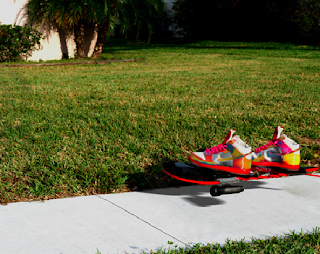 Interview with Owen Hatherley is out at The Oxonian Review. 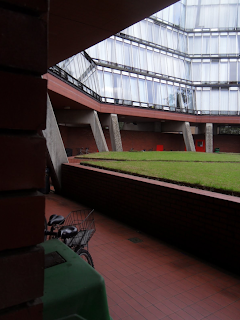 And here is Owen's write-up of the Oxford tour on his blog.
Posted by Alex Niven at 13:57 No comments: 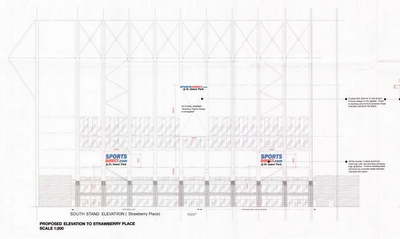 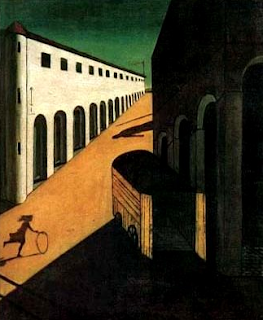 Continuing in a surrealist vein: we house sat for some friends in Bath over the summer, and Giorgio de Chirico's "metaphysical town square" paintings of the 1910s kept springing to mind every time I wandered into the new SouthGate shopping centre (which replaces an earlier building by Owen Luder). 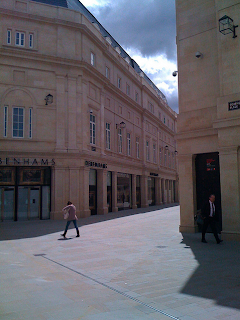 De Chirico's works are based on the sort of Italian archetypes that have been the basis of an architectural education since the Renaissance. You could apply the same argument to any instance of neo-classical town planning. But I think there's something profoundly uncanny in a peculiarly Chiricoan sense about the SouthGate's lobotomized brand of corporate pomo.

A very striking feeling of a lurking, shadowy absence persists here, a weird sense of artificiality and vacuity that I suppose is the case with lots of Poundbury-esque stuff. The SouthGate seems to reach new heights of sinister, hieratic eeriness though. It's a stark rebuttal to the notion that commercial post-New Urbanism is a warm, humanistic corrective to modernism's Sachlichkeit coldness. 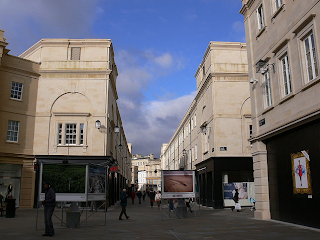 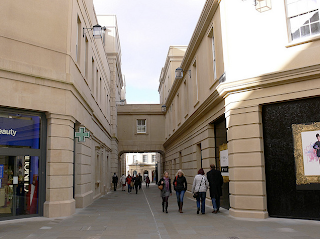 Partly, I think this is due to the carpet-like smoothness of the walkways. The indoor/outdoor ambivalence of modern city centre shopping "malls" means that the basic act of walking is riven with uncertainty. What exactly are my feet connecting with? Is this a street or an aisle? What is this palpably synthetic space for? Who created it? Who owns it? These are narrow, privatized spaces, purged of both organic subtlety and artistic daring: a flat, undead, anti-terrain, and a pathological refusal of the notion of public space. 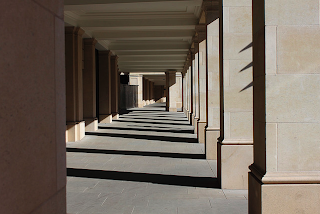 Of course, the other bizarre thing is the deafening lack of detail. Walking round the rest of Bath with me Pevsner, desperately trying to bone up on architectural vocab, I got into a neck-straining habit of looking upwards and looking closely. At John Wood's eccentric masonic-druidic entablature at the Circus, for instance: 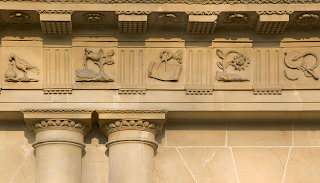 (And obviously, there is an extremely long-running and noble tradition of nifty elevated masonry in this town): 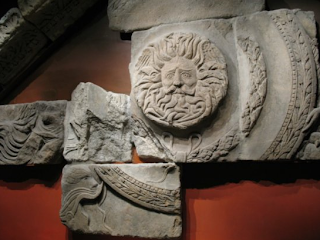 Wander back down to the SouthGate though, and you're faced with a sickening absence of ornament, which would be fine if it wasn't also such a blatant, timid attempt to "fit in" with the Augustan effusiveness of Georgian Bath. Truly, this the unfamiliar at the heart of the familiar, the work of an alzheimers patient making ever-depreciating reiterations of a half-remembered past: 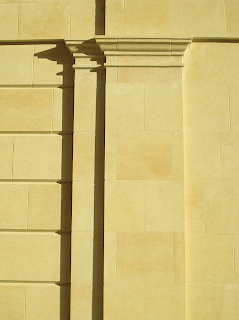 It's indescribably depressing to walk into these courtyards of erasure, where every surface is emphatically, sheerly devoid of any human consciousness whatsoever, a fact that commands you to keep your eyes fixed firmly downwards, gaze locked on the ground floor shops. This is town planning for five-minute tourists and weekend shoppers, an ersatz historicity that is imposing and intimidating for all its gloss of smiley blankness.

The Bath SouthGate is the atrophied, automaton-like unconscious of a blithely aggressive, elusively imperious consumerist autocracy, and it scares the hell out of me, very much like one of the looming disembodied black objects in a De Chirico painting. 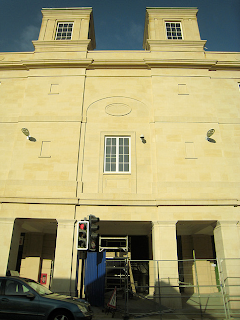 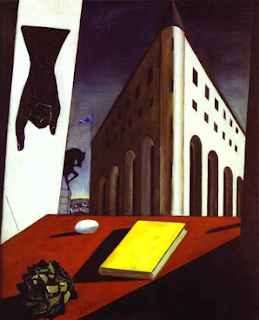 "CHAMPAGNE SUPERNOVA" AND THE DROWNED WORLD 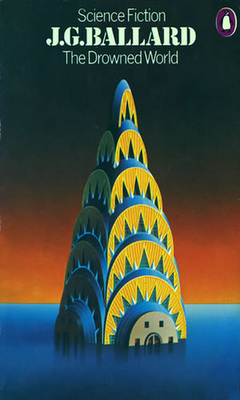 Liquid permeates the early music of Oasis to an extraordinary degree. There are dish-filled sinks, songs about the sea, countless alcoholic drinks, bubbling flanger FX, whirpool iconography, and underwater vocals swimming in reverb. Above all, there is that great wall of oceanic guitar sound borrowed from early-‘90s shoegaze. When this sonic element was phased out (from Be Here Now onwards) the band would be left sounding utterly lumpen and pointless.
The obsession with an engulfing, swamping fluidity culminates spectacularly in “Champagne Supernova”, the final track on What’s the Story, which is simultaneously the band’s masterpiece and their very last moment of artistic sentience. 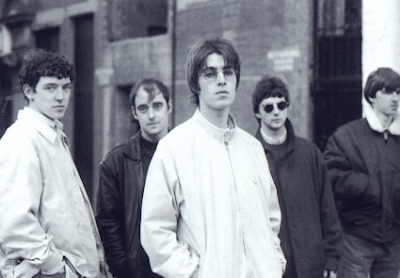 Emerging from the instrumental jam “The Swamp Song” (a presentiment of the band’s retro blues-bore future) “Champagne Supernova” begins with an ambient recording of waves crashing against a shore. This quickly elides with watery musical motifs: a sustained, tremulous mellotron chord, and some lilting pentatonic guitar runs.
The song’s much-mocked “nonsensical” lyrics (“slowly walking down the hall / faster than a cannonball”) are in fact, on the whole, powerful and haunting. The two central motifs are especially resonant:
How many special people change
How many lives are living strange
Where were you while we were getting high?
...
Someday you will find me caught beneath a landslide
In a champagne supernova in the sky.
We need not resort to patronizing caveats about grammatical errors or grumbles about elements of cliché: this is an epochal poetry couched in beautiful and evocative surrealism.

In particular, the imagery of the “we” that is “getting high” gives the song a deep melancholy weight. The locution is accusatory. It suggests that the group or community has been deserted, and that the process of getting high is mostly negative (as in “getting wrecked”, “getting shafted”, or “getting annihilated”). The wider connotations of this mixture of hubris, hedonism, and betrayal, coming from a working class British band in the mid-‘90s, shouldn’t need spelling out.
Moreover, the ghostly lyric about a man being engulfed by a champagne landslide is classic latter-day surrealism, of the kind expounded in J.G. Ballard’s The Drowned World. Ballard’s novel of 1962 describes a future in which most of the northern hemisphere has been flooded as the result of a climatic disaster. London survives only as a few scattered tower blocks peeking above the rising water levels. In one chapter, protagonist Robert Kerans dives below the sea and discovers the ruins of a submerged planetarium left over from the late-twentieth century. His fascination with the building seems to embody all the vast sadness and loss of the Drowned World, a place where history, science, and art have been erased, and the main characters seek to regress into a state of primitive individualism and subconscious self-enclosure. (See also T.S. Eliot’s Waste Land, “Death By Water”, which Ballard alludes to in the novel many times.)
“Champagne Supernova”, with its corresponding image of buried idealism and an individual overwhelmed by a fear of death by water is, like Ballard’s The Drowned World, an elegy for the end of history (though in neither a Marxian nor a Fukuyaman sense). Both works are sublime visions of a world rapidly slipping into waterlogged meaninglessness. Oasis dreamed of the sun and the stars (“I live my life for the stars that shine”, “you could wait for a lifetime / to spend your days in the sunshine”, "we'll find a way of chasing the sun"). But their artistic trajectory ended in any worthwhile sense with a tragic recognition that the aspirational individualism and self-fulfillment which had started out as their subversive raison d’etre could ultimately only lead to the annihilation of their tribe and the loss of their collective soul. Henceforth, their historicist summary of the late-twentieth century - originally humane, inclusive, and life-affirming - would become an introverted pathology, a conservative denial of the possibility of the future.
“Champagne Supernova” put the submerged planetarium of Ballard’s Drowned World into succinct, epic song form in the mid-1990s. It did so in a way that was unutterably graceful and profoundly sad. It is by far the most salient song of its era, and it has riven my dreams for fifteen years now. 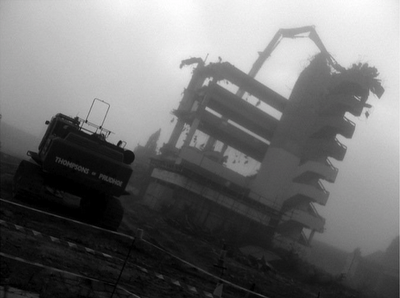