I realize this is a gross over-simplification, a completely unforgivable, borderline-bigoted generalization. I’m brushing over the genuine opportunities a metropolitan centre affords new bands, ignoring the serious shortcomings of a provincial town without any formalised infrastructure to speak of.

But fuck it. After watching Post War Years in a sort of barren corporate Shoreditch-Gomorrah last week (see gig review below) I saw Findo Gask play to a Newcastle crowd as part of a small, completely free local festival, and it was without a doubt the best gig I’ve been to all year.

This could easily have gone the way of PWY @ Vibe Bar. Here were four young men in multicoloured sweatshirts, with a sound that ticked just about every box imaginable, musical zeitgeist-wise (synths – check, disco-redolent accessibility – check, post-punk edge – check). But instead of coming across as a cynical, shallow, manufactured pop-like gesture, as with PWY, all these elements seemed to click for me as I watched Findo Gask’s set this weekend, to come across as complementary parts of a sincere and harmonious whole.

There were no record company A&Rs present. There was no cocktail-strewn VIP room, and no banner on stage to proclaim the fashion industry-sponsored nature of the whole thing. Instead, there were lots of friends drinking on a Saturday afternoon, un-self-conscious people dancing, members from a wide array of incredibly good north-eastern and Scottish art-rock bands talking to each other in bullshit-free, self-deprecating terms. This was something approaching a mutually-supportive, autonomous community, and it felt utterly right, where Vibe Bar had felt so completely wrong.

Back to the band itself, and Gerard Black’s voice is a big part of what distinguishes the Gask from their less-imaginative coevals. Plaintive, romantic, and the opposite of derivative, something about his delivery in set highlight ‘One Eight Zero’ recalled early Morrissey in a really good way (perhaps it was the post-industrial-gothic, railway arch setting). And flanking him were Jehovah’s own backing vocalists Greg Williams and Gav Thomson, so soaringly and angelically in-tune that I thought they must be cheating in some arcane technological way (they weren’t, of course).

Other than that, as far as I’m concerned, the mystery of the Gask’s genius is a fairly straightforward one. They’re talented, and they’ve got something interesting to say. But this isn’t in itself enough. What sets the Gask apart from people like Post War Years is their knack for eschewing London-centric generic-ness, for breathing a unique spirit of independence and marginality into a music that might otherwise be degraded by a context of identity-distorting ephemerality and trends.

It’s been a while since I’ve seen at first hand music so appropriately located in context, so wonderfully comfortable in its own skin, so purely focused on the mere fact that it exists.
Posted by Alex Niven at 21:37 5 comments: 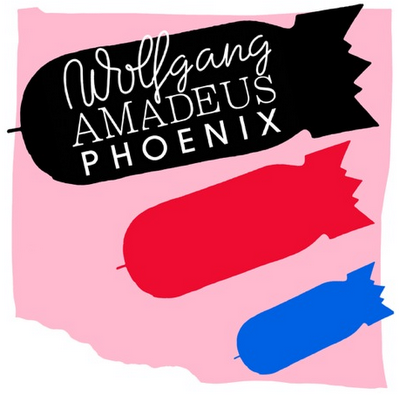 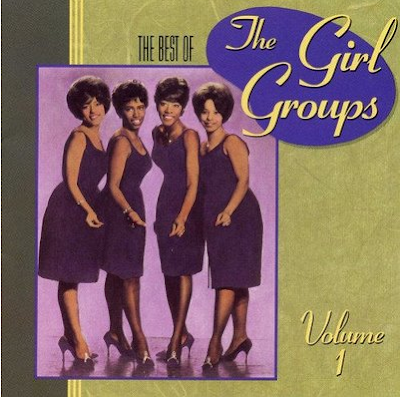 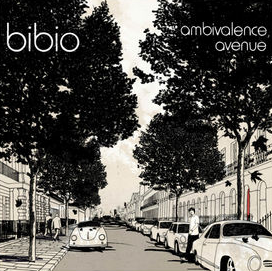 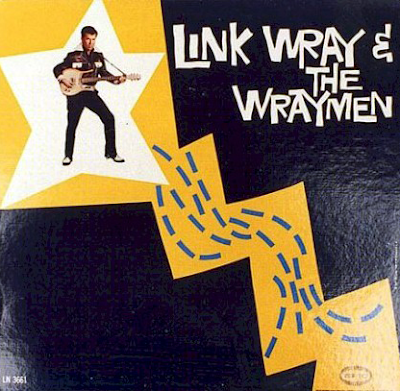 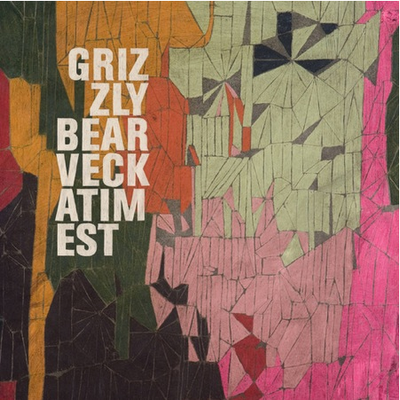 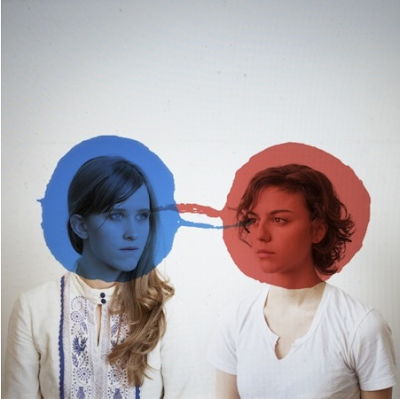 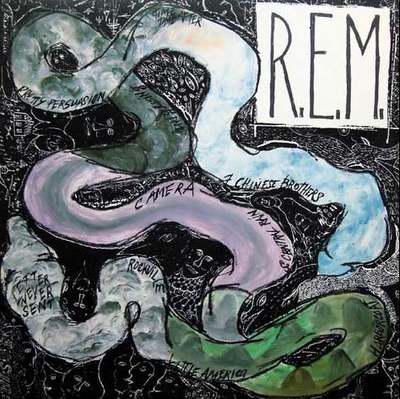 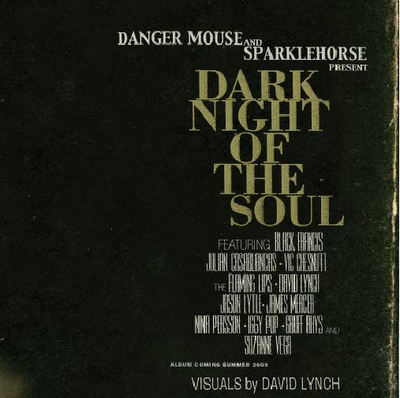 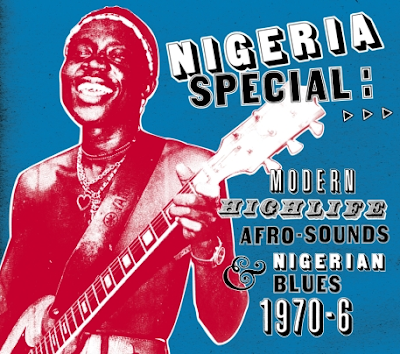 MY FAVOURITE BIT FROM THE RECENT BBC TSE DOCUMENTARY 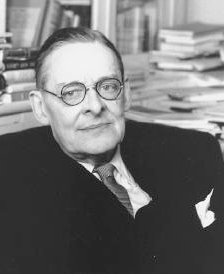 ‘All young writers have, very naturally, a tendency to imitate the personal habits of an older author whom they admire. And I think my generation was singularly fortunate in that our hero was Mr Eliot. I don’t think that any of us, so far as I know, took to imitating him to the point of wearing a bowler hat and carrying a tightly-rolled umbrella. But at least he taught us that it is not becoming to look too much like a poet.’ W.H. Auden on T.S. Eliot.

Against which I’d like to place a corresponding adage: ‘it is not becoming to look too much like an indie musician’. 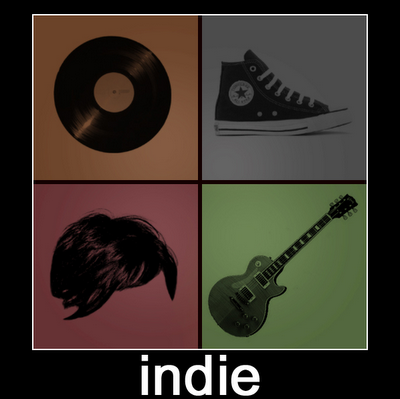 -
CHILD: I'm going to fall over.
DAD: Don't fall over, you'll bonk yourself.
[Child falls over, starts crying]
CHILD: I did fall over.
Posted by Alex Niven at 16:43 No comments:

-
I don’t think I’m being blithely reactionary or un-astutely apathetic in saying that British alternative music is in a state of total and profound confusion right now. Where are the movements? Where are the standard-bearers? Who are the genuine maverick innovators (as opposed to the tiresome Kate Bush-lite wannabes and the fashionista bullshitters)? Where is the underground? Where is the mainstream-independent divide? Where is the coherent narrative of any kind? Is the traditional four-piece instrumental group a completely outmoded concept? Is the entire genre an outmoded concept in light of genuinely relevant and progressive modern musical developments such as grime, dubstep and US r’n’b-pop?

In a situation like this, without any discernible infrastructure or starting point from which to begin, the rational analysis of new independent band is a task fraught with objective-judgment-testing quandaries. It’s likely to give rise to a number of question, questions like is this the sound of a daring, experimental, technology-abetted future, or is it the sound of a group of desperate and immature young men trying to sound like Duran Duran, or the worst bits of Michael Jackson, because a self-consuming, pastiche-obsessed 20-year stretch has left them with nothing to rip-off but the sleaziest dregs of pop history?

This was the sort of debate taking place in my head as I watched Post War Years the other night. I couldn’t really make up my mind as to whether they were purveyors of a laudably edgy futurism, or a kind of horribly confused post-Klaxons, ‘80s funk-reviving, synth-driven mess.

On the plus side, these lads from the Leamington Spa ghetto are doing interesting things with the orthodox four-piece set-up, alternating between samplers, keys and (most intriguingly and successfully of all, on the excellent ‘Black Morning’) a twin-bass guitar + sampler + drums arrangement. They’re also a significant improvement on vaguely similar-sounding coevals Foals; they know how to take the post-rock/electronica template beyond one-dimensionality by way of an awareness of melody and harmonic development. Thus, a vogue-ish tune like the very Foals-y ‘Whole World On Its Head’ is redeemed by a powerful vocal line (a welcome contrast to the guileless ‘post-punk’ LDN yelping of Yannis Phillipakis). A further salvaging boon lies in the fact of their willingness to experiment with a wide variety of textures and stylistic touchstones, from the Hot Chip-redolent prog of ‘Soul Owl’ to the ambient grace of tunes like ‘White Lies’.

However, there were moments on Friday night this subtlety got buried under a hailstorm of gratuitous synth tackiness. Perhaps this was a live vs. recordings issue, perhaps there’s something fundamentally wrong with translating into a live context tunes which have obviously started-off as experiments in bedroom tech-manipulation. Whatever it was, there seemed to me to be something incongruous at the heart of the experience, something hollow in the sight of four trendily-dressed young men running through a routine of clichéd indie-band ‘moves’ (stagecraft, I believe it’s called) as part of a Levis-sponsored gig complete with a VIP room packed with mojito-toting music biz wankers who couldn’t even be bothered to muster much of an applause at the end of each song. Surely this is just about the most inappropriate context imaginable for the sort of music that Post War Years produce – music that is grounded in sonic experimentation, textural shifts, complexity, and studio adventurousness. In this context, the synth elements really did seem like the work of a naff Duran Duran-like pop band, rather than of radical innovators.

Context is everything, and bands need to be a darnsight more aware of this if alternative music is to become interesting and worthwhile again over the next few years. Because there is a very real risk that the time-worn British tradition of radicalism and idiosyncrasy will die with a whimper if these sorts of conditions continue.

For all that, the set concluded with the aforementioned ‘Black Morning’ and I began to swing back to a more sympathetic mindset. This tune was soulful and expansive, with a sublime melody and a piano sample that got the human being-tech ratio exactly right. In the end I made my mind up. Post War Years are a laudably futuristic band. Even if the kind of context they’re operating in works against the genuine worth of what they’re trying to do, they’re still a massive step-up from the sort of archly-conservative garage rock these shores were blighted with in the wake of the Strokes. They’re trying to push things forward, and they have ambitious creative horizons.

They’re on the side of the angels. Just.

(but whatever you do, DON'T CLICK ON THIS LINK)
Posted by Alex Niven at 16:25 No comments:

THOUGHTS ON OUTLIERS AND FOLK MUSIC 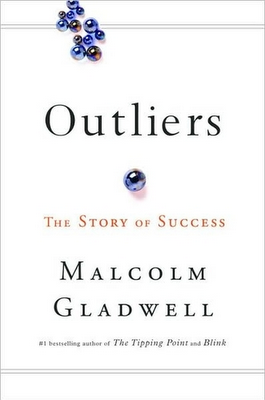 I picked up Malcolm Gladwell's Outliers last night at a friend's, and thought it seemed fairly reasonable and worthwhile on first glance.

Anyway, the opening vignette - a eulogy to the benefits of good upbringing and background based on the story of an uncannily healthy Italian-American community - got me thinking about latter day attempts to recapture communitarian ideals, and (perhaps inevitably, for me) modern folk music was the first example that sprung to mind.

But, for all that I love it, thinking things over, it struck me that post-revival folk music on the whole seems to be a remarkably family- (as opposed to community-) oriented beast, constructed around a series of dynasties - Carthy/Waterson, The Kerrs, Prior/Kemp etc.

Of course, this has always been the way of things, to an extent, and it doesn't contradict the central thesis of Outliers at all, but the fact of this collective principle having shrunk to the atomistic level of the nuclear family seems like a bit of a shame. Basically, playing folk music growing up, sometimes it felt like there was a strong element of elitism in the genre, which was a massive paradox in light of its staunchly anti-elitist ideological core.

Sometimes it seemed to me that it would be difficult to take things beyond a certain point unless you were a member of a 'folk family', that there was an element of exclusive 'flame-carrying' that precluded any notion of folk music as a viable communal entity, that even this archetype of modern neo-collectivism, couldn't hope to build enclaves larger than the familial unit.

And if even folk music can't manage this ... 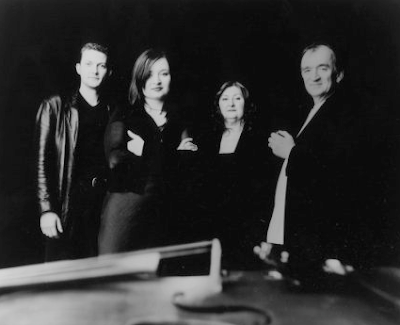