The division will not be over whether or not they are seen ... but over how they are seen; as the gilded-cage justifiers of petty-minded conservatism and fear, or as the developers (even if not the actual originators) of all that is open and challenging and outward-looking in mass culture, as the voice of the working class speaking out against elite abuses of power and in favour of the global unity of the proletariat. Let us hope that the passing of time eventually allows the latter view of the Beatles to decisively win. If the former view wins, Cameron and Welch and Adkins and the BRIT School will also have won, and we will all be infinitely poorer for it. If the latter view wins, grime and dubstep and the unacknowledged, still unkillable radical lineage in British society will also have won, if only by proxy, and we will all be - in all the senses that matter - immeasurably richer.

Robin Carmody offers a nicely Ruskinian summary of the Beatles.

While we're on the subject, that Scorcese George Harrison documentary is very watchable isn't it? Although it does lack the narrative richness - and, I'm afraid to say, the good tunes - of No Direction Home. The thing that strikes me about The Beatles increasingly is their historically unique embodiment of solidarity and team spirit. In the docu Eric Clapton says something like: "they were like one person"; it does seem that a large amount of The Beatles' elan and brilliance inhered in the communication of this quality of unity and anti-egotism to the world at a moment when egalitarianism was briefly prevailing, doesn't it?

I know it's a truism of "Fab crit" to say this, but all the best Beatles moments came when they helped each other out, when they managed to transcend their egos by way of the group. A good example of this from the Scorcese documentary is the performance of "If I Needed Someone". It's a pretty mediocre song, but when John and Paul come in with the harmonies the second time around it suddenly lifts into the magic place:


The Beatles presented a very basic foregrounding of co-operation and friendship, so basic in fact that it was probably destined to be travestied in the ensuing years, to the point that it now seems like a sort of lobotomised, Friends-style message of slumber-party chumminess. It takes an effort of imagination to recover the profound, radical singularity of The Beatles' ethos of fellowship, anti-individualism, and love.
Posted by Alex Niven at 09:33 No comments: 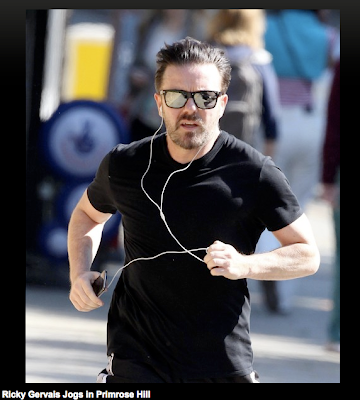 One of the more encouraging developments of the past year or so has been a gradually dawning, what-were-we-thinking realisation that noughties Brit comedy was an utterly morally bankrupt final travesty of the notion of "alternative comedy". If anyone still doubted that Little Britain was a sinisterly bigoted attack on the weak, after Come Fly With Me this view was no longer tenable. Similarly, the bizarre disability sadism of this "Derek Noakes" thing will probably make people look much less fondly on The Office and its oh-so-ironic wheelchair/midget/sexism gags.

The Gervais project that really riled me though, the point at which the whole edifice came tumbling down and I began to feel profoundly guilty for ever finding The Office funny, was this:


It's quite a short step from this squinting, buffoonish northerner to Down Syndrome sufferer Derek Noakes isn't it? Sometimes I think I get carried away with the north-south divide thing, but when I look at stuff like this, all doubts vanish. Comedy is supposed to dismantle hierarchy and suggest alternative worlds by targeting and undermining power. So what on earth is going on when supposedly alternative - but actually extremely wealthy and influential - comics choose the working class north as a primary target of satire? Oh yeah, what is required of satirists in an age of spiralling inequality, unimaginable elitism and barbarous wars is a lampooning of ethnic minorities, the disabled, and minimum wage workers in depressed former manufacturing towns. What kind of insane bourgeois fetish is this? And what does this cultural stuff say about the distribution of power in the UK more generally?

***
Even 15 years ago Gervais's shtick would never have flown. For all its flaws, something like The Fast Show is a record of the notably less mean-spirited, more establishment-ridiculing, stereotype-inverting culture of pre-noughties alt-comedy:

I was getting a bit worried for a while back there. It would be just like NUF-fucking-C to go and start playing really well, right when I've got this book coming out that uses them as a pop cultural paradigm for the failure of neoliberalism and why big-business is recklessly hell-bent on self-destruction.

Thankfully, Ashley has come through again.

Take away the profound underlying seriousness of the whole thing, and it's a sort of folk-opera isn't it? I wonder if we'll look back on these episodes after the revolution with misty-eyed fondness (eg. "Do you remember that Mike Ashley?" "Ah yes, he was a complete fucking prick wasn't he?" "True, but he knew how to make PR decisions that looked like bizarre situationist pranks intended to gradually radicalise the populace, didn't he?" "Yes indeed, a worthy adversary and a born entertainer! A shame, in a way, that he was decapitated and hung by his own entrails from the Sports Direct sign on the Gallowgate End during the 2018 rising." "A shame indeed Comrade Keegan, a shame indeed. Those were the days").
Posted by Alex Niven at 09:58 3 comments:

SAME AS IT EVER WAS