10) The Tallest Man on Earth – Burden of Tomorrow

This is utterly devoid of idiosyncrasy, originality, discord, or any of the other things that usually make pop great. Nevertheless, it’s possibly the best song in the Top 10 for sheer endorphin-inducing melodic brilliance.
The Tallest Man on Earth sounds exactly like a person who isn’t Bob Dylan doing an exquisite impression of Bob Dylan. Analysis-wise, I don’t really have anything more to add, except to say that he is brilliant regardless of this fact.
“Burden of Tomorrow” turns and twists and bends, then it leaps and soars and resounds from the top of a mountain before saying, once I held a pony by it’s a-flagging mane! Then it shimmies around and around and judders and soars again and says once I held a glacier to an a-open flame! before it ends, perfectly.
9) Sleigh Bells – Crown on the Ground

Unlike The Tallest Man on Earth, Sleigh Bells sound totally new and wonderfully discordant. They are also quite breathtakingly loud.
Their genuinely loud loudness is proof that smashing established sonic barriers to smithereens can still be a defining part of avant-garde pop practice. One of postmodernism’s most patently bogus maxims was that everything has been done before; hence we might as well recycle the past. In actual fact, there is still lots left to do, and thankfully, people like Sleigh Bells are still doing it.
They splice together beatific nineties-style girl pop with monolithic slabs of guitar and utterly disorienting Dan Deacon-esque programming. The results are startling. “Crown on the Ground” sounds like David Lynch pumped to the gills with amphetamines and happy pills (ie. very good).
8) Owen Pallett – E is for Estranged

The template here is filmic pop-minimalism of the Michael Nyman/Yann Tiersen variety. But Owen Pallett is charming and delicate enough to ensure he rises way above middlebrow Classic FM territory.
“E is for Estranged” features vamping piano chords redolent of Blur’s “Sing”, and shows that vaudeville stripped of jovial irony and put into a minor key is one of pop’s golden formulas (see also: those Smiths). If only Blur had done this more often they might have been a great band, instead of an infuriating 50/50 mixture of excellence and mockney tat.
Owen Pallett is one of the very few live performances I have enjoyed, ever. The Reichian phasing also makes more sense in the context of the loop-pedal live act. Sublime, evocative, orchestral queer-pop of the highest order.
7) Deerhunter – Helicopter

I hesitate to include this, because Deerhunter have been getting more than enough props from other sources, notably Pitchfork. This makes me suspicious. They’re not all that amazing really are they? An above-average indie band from 1993.
“Helicopter” though is the closest thing to consensual alt-rock “event tune” I can think of in 2010. I couldn’t get past the retro-fashionista surface-sheen of “Round and Round”. Likewise, These New Puritans’ Hidden was good but didn’t have a standalone outstanding track, to my ears.
Hence, this was 2010’s only answer to “My Girls”. Lovely shimmering experimental melodic Perfektpop.
6) Big Boi – Daddy Fat Sax

I’ve always preferred Big Boi to Andre 3000. He’s crunchier and less arch – a better foil for Outkast’s outré production aesthetic. Also, “Hey Ya” reminds me of some truly awful nights out during my student days. I get irritated now whenever I hear Dre’s flights of fancy.
Anyway, “Daddy Fat Sax” is one of the highlights of Big Boi’s superlative solo debut-proper Sir Lucious Left Foot the Son of Chico Dusty. It is perhaps the only tune in hip-hop history to feature an accordion (anyone know better?!). In fact, the instrumentation in this is generally awesome: vibes, synth strings, slowed-down vocals, bizarre guttural percussion noises. Orchestral-futuristic genius.
Hip-hop is going through a funny stage at the moment. It seemed to get a shot in the arm with Obama, but this was short lived. I can’t really see many better ways forward than Big Boi’s approach: getting old gracefully but weirdly, with an ever-more rarefied, cerebral sound. We are now many miles above the streets though.
5) Sufjan Stevens – Too Much

This tune begins with some gratifyingly filthy white noise, and just keeps getting better. The percussion track is jagged and disembodied, but (probably) funky enough to dance to. After nearly a minute the melody kicks in, and it’s a true belter: a three chord hook with a 7/8 time signature, one of those glitch-rhythms that sticks in your memory like an oddly-shaped bastard.
By this point the tune is in the bag, and Stevens can get away with just looping the hook for another six minutes. The arrangement gets freakier and freakier until the whole thing collapses into a techno-classical heap just before the 7-minute mark.
Super Furry Animals used to do this sort of thing pretty well, and I was mildly saddened to hear they’d split up earlier this year. I say mildly, because they hadn’t really done anything good since Rings Around the World in 2001 (and even that was patchy). Unbeatable at their peak though (see Radiator, Guerilla, the Ice Hockey Hair EP). This one is for them.
4) Rihanna – Rude Boy

“Rude Boy” is based on a chord sequence/instrumental motif that has become ubiquitous over the past year or so. It all started with Calvin Harris’s “I’m Not Alone” in 2009; since then variations on the theme have graced Katy Perry’s “California Gurls” and a couple of tunes by the execrable Ke$ha. You know the one I mean. It’s a sort of minor-key pop parody of an Ibiza trance breakdown.
I don’t care what they say: formalist trends like this seem to prove the existence of such a thing as a collective unconscious in pop writing, and I look forward to spending my dotage charting all the bizarre little lineages and half-plagiarisms in pop history.
Anyway, “Rude Boy” is class. The hook is quintessential pop scatting: all about letting rhythm lead the way. The verses are about sex. The beats are crisp. There’s the added frisson of Rihanna’s relationship with real-life rude boy/lassy-basher Chris Brown. 10 out of 10.
3) Beach House – Walk in the Park

This tune rides in on a terrible, terrible programmed drum track, a perfect example of what friends of mine used to call The Devil’s Beat. But that aside, “Walk in the Park” is superb.
Teen Dream was by far my favourite album of the year. I could quite happily have put “Zebra”, “Silver Soul”, “Norway”, or “Lover of Mine” up here, but “Walk in the Park” just about shades it. This is mainly because of its beautiful, beautiful outro. I love good outros.
In 2010, pop can’t really get much better than Beach House. Affirmative, exultant music isn't really possible in the current climate of endemic fear and cynicism. Hence, the best we can hope for – for the time being – is dreamy, hermetic melancholy that seems to speak of the profound sadness of our lonely, solipsistic lives. We’re being slowly buried alive by neoliberalism; Beach House is the sound of subterranean survival, and hope.
2) Owl City – Fireflies

This would have been my number one if it wasn’t so obviously a total one off. It’s difficult to get excited on a grand scale about an MOR amalgam of Blink 182 and Bright Eyes.
But “Fireflies” is unequivocally A Great Work of Art. Like “Wuthering Heights”, “All That She Wants”, “Don’t You Want Me”, “How Soon Is Now?” and other all-time-great pop tunes, it embodies a sense of magical human encounter with technology and form. You can just hear this guy lighting on a good thing by complete accident, experiencing an epiphany in the dead of night. This is some shamanistic shizzle.
Despite widespread evidence to the contrary, you don’t need to win a TV talent show or have gone to a private school or to have studied music at uni to write a good pop song. “Fireflies” is palpably the sound of a clueless individual producing something transcendent before clichés and professionalism have had a chance to destroy him. I say again, magic.
1) Robyn – Hang With Me (both versions)

In a musical world that has been depoliticized to the point of total surface-worshiping paralysis, Robyn’s exquisite artifice is as good as it gets.
Damn it, there is an emphatic lack of context in modern pop music, which makes writing about it very difficult. Robyn doesn’t really have a context. She makes formally perfect pop music. That’s all there is to it.
Something is lacking, but we might as well enjoy deracinated formalism like this until something better turns up. I know what’s on your mind, there will be time for that too ... There will always be time for life-affirming Scandinavian Perfektpop. It’s just that I’m holding out for some of the other, more mindful, contextual stuff, too.
This though, is its own justification.

Every spare evening
Armstrong works
delicately at
his matchstick
city. He is
trying to
put into
splintery wood

what his mother
could never
quite say: there
are still far
too many
desolate trees
round these
parts. 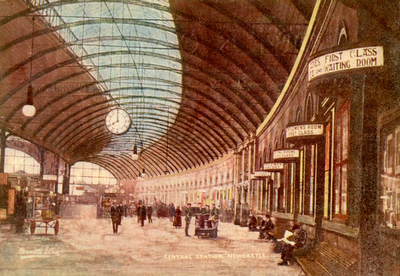 DAY OF THE HEADLESS CHICKENS 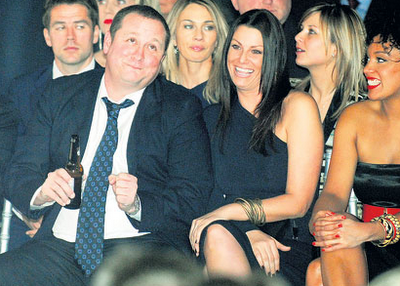 I've been moving house/room this week so only time for a short post on the latest Toon debacle.

Underneath the shards of absurdist debris (Pardew appointed because of a gambling habit, Hughton described as "not big enough" like he's some kind of subhuman homuncule, Freddy Shepherd lecturing fans on their "duty" to stick by the team) the main upshot of the farrago is that the British football plutocracy has once again been exposed as an utterly irrationalist tendency that defies analysis.

As with the renaming of SJP (see below) there does not even seem to be any substantial motivation on the part of Ashley himself to have acted in this way. The dangers of replacing Hughton are obvious; just what on earth are the possible advantages? As with Clegg and the Lib Dems, Ashley's latest emphatically malign and unpopular decision looks like an inexplicable piece of self-immolation (though Clegg at least has the "excuses" of careerism and the possibility of a future outright defection to the Tories). I cannot think of a single rational explanation for Ashley's actions.

Has neoliberal capitalism reached a stage of development wherein the disgustingly wealthy and powerful indulge in arcane, provocative, bewildering behaviour just because they can? Does some natural human inclination toward frisson and conflict lead mandarins like Clegg and Ashley to be this visibly stupid and corrupt merely in order to provoke an outraged response? If so then by god they'll get it.

Events like those of the past two days underline the utter bankruptcy of the notion that the rulers of the country are somehow pragmatic professionals living in a "real world" untainted by adolescent idealism, committed to unavoidable "progressive" action, to soberly "getting on with the job". These people are not only gutless and soulless but totally, maniacally headless. 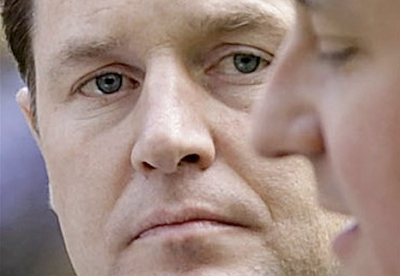