Away from the sound of drums, I wrote a few things this past couple of weeks about Britain, politics, poetry, and such ...

1) A review of the year in The Quietus. I sort of agree with some of the comments to this: I don't actually think there will be a revolution next year. But I do think it's at least noteworthy that ordinary folk have started using the phrase again.

2) A review with Stephen Ross of Sam Riviere's 81 Austerities in the Oxonian Review. This turned into a diatribe against middlebrow reviewing in general.

3) Also in the Oxonian, an interview with Our Friends in the North writer Peter Flannery, which actually chimes with a lot of the stuff in the Quietus piece. Some great stuff about regional arts funding, politics, and populism in this.
Posted by Alex Niven at 12:38 No comments:

Our God is Speed focuses attention on a single city.

Well how about boiling down this Deep-South-as-the-centre-of-the-percussion-universe meme to a single album?

New Orleans Funk: surely Soul Jazz's greatest ever compilation, and a veritable apotheosis of late-twentieth century drummery. When I was a 16-year-old living in the wilds of rural Northumberland, this was all the rhythmic education I needed.


Re. Ringo, in response to Joe's comment below and Blissblog's, I think I stick by the view that Ringo is clunky, but that's not to say that he's not great. If you listen closely to Rain, you can hear that he's frequently out of time, and those fills are basically what a ten-year-old would do if you told him to be "adventurous" with the kit. But it's because of this that Rain works. Pop music is always undergirded by a populist impulse which means we applaud amateurishness and gaucheness far more than technical virtuosity. Or rather, the ideal thing is when we hear an amateur doing something extraordinary, when someone tries on a role that she or he is not quite at home with, and the listener thinks I could do that, any man or woman could do that, on an extraordinary day. This is partly why X Factor and its attendant culture is so damaging: it reverses the populist principle by taking incredibly ordinary stuff and pretending it's somehow technically accomplished, effectively saying to the populace you think you could do this, but you can't, because you don't have the X Factor. This is elitism, pure and simple.

Or, in Adorno's phrase, the "barbarism of perfection".

There's clearly a lot more to say about the formula primitive = good in pop. If you want a radical example, I think this is why early Oasis were so good: they had a truly dreadful drummer in Tony McCarroll.


This must be the shittest beat ever committed to record, but it works perfectly in context (as a foil for the trippy, corruscating guitar line; as an onomatopoeia of hopeless mundanity; as a launching pad for a melody that soars).

Rave exploited exactly the same trick (primitive pulse + soaring hook), but that's outside of our purview ...

Charlie Watts is another notable example of the primitive-populist principle in action:


I could go on, but you probably hate me enough by this point.

*I would advise all you Oasis sceptics out there - and I'm aware that's probably everyone - to give Listen Up and Fade Away some serious attention. They really are rather good.
Posted by Alex Niven at 10:25 2 comments:

Part of why pop music has always been resistant to muso professionalism (unlike, say, jazz) is that as soon as the rhythm section departs from the groove (the self-abnegating communitarian base) into narcissism and stylised elaboration, the whole thing will collapse. This is why the "drum solo" is so often cited as the ultimate transgression and tragic flaw of seventies prog.

So I've always had a lot of sympathy with the Stephen Morris of New Order theory that a drummer should try as hard as possible to resemble a drum machine. Ringo is another obvious (pre-electronic) example.


Listen closely and it sounds pretty clunky on a technical level, but taken as a whole (in Heideggerian jargon, when we regard the totality of equipment) it sounds fucking immense. As long as the drummer doesn't try anything fancy, everyone else in the band can get on with the baroque stuff (production as in the above example, songwriting, lyrics, politics) with the added bonus that simpler drumming is also likely to be more conducive to dancing from a listener/audience point of view. In fact, the more I think about it, the more I think this is the hardboiled essence of late-twentieth century pop/rock/whatever, the thing that really distinguishes it from other macro-genres.

But, as the walrus said, THERE ARE EXCEPTIONS ...

The obvious Western indie example is of course Reni. On pretty much every Stone Roses tune, there is a palpable sense that Reni is single-handedly rescuing music that would otherwise be lumpen and grey, and transforming it into danceable, genre-crossing future-funk with a sort a casual, effortless virtuosity. Everyone knows the obvious examples (Fools Gold, the I am the Resurrection outro), but listen to his drumming the whole way through Where Angels Play, the way it builds and wanders and shimmies:


Without Reni, this would be dull as dishwater. As it is, the other members of the band are spurred on to be better and more alive and Where Angels Play gambols with magic.

Then there are the virtuoso moments from funk and groove-based music proper. The obvious example here I guess would be Tony Allen. Again, one of the most noteworthy and heroic examples of his brilliance is when he "rescues" this tune, which would otherwise be relatively trite white Western pop:


Now this is a drum solo, of sorts. But it gets exactly the right balance between groove and ornament. The drum riff is pretty constant throughout, but when the melody begins to open out around 3:30, Allen cracks open a can of virtuoso - ever so briefly, only for about 20-30 seconds - and when the vocal melody drops we're in Elysium again.

Some other magic moments:

This is hyperbole indeed, but at the end of a year replete with fucked up shit, this might just be the most fucked up thing of all.

The guy who smeared the Hillsborough fans asks: 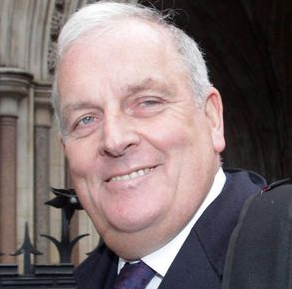 Why don't [people in the North] live within their means, or move down here and see what it’s like to be taxed until they weep?
Posted by Alex Niven at 09:15 No comments: