TORIES AT PMQS: THEIR FACES ARE ALWAYS JUST A LITTLE BIT DIFFERENT AREN'T THEY? 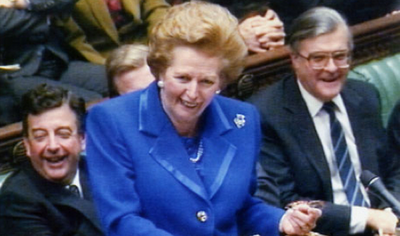 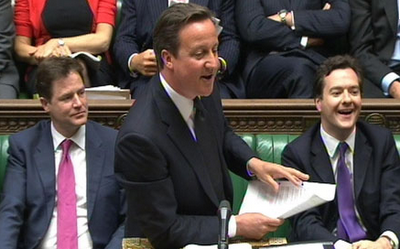 Note the lingering trace of compassion in Clegg's physiognomy here. He might be a mega-wanker, but he'll never be a Tory.
Posted by Alex Niven at 00:01 4 comments:

mountain outside;  flower within
Posted by Alex Niven at 00:01 No comments:

TURNING TIDES IN THE BEAUTIFUL GAME

Football might only be a game, but it's still unquestionably the most symbolically important expression of a collective identity we have.

So this seems like a pretty hopeful symbolic development to me.

And there's some pretty moving symbolism in this, too:

MORE ON THAT HERMIONE HOBY THING

So the gist of the call was: her boyfriend’s mother was upset by my page, and her dad “risked his life fighting against apartheid in South Africa”. My grandfathers both risked their lives fighting for the Axis, so I guess she has that one up over me.

There's something desperately, hilariously 2010s about this ongoing sub-saga. Blogging, nepotism, Twitter, recorded phone conversations, Lady Gaga, a privileged liberal elite trying to cover it's back with vague gestures at radical credentials, the shocking unacknowledged centrality and importance of private education: this is the spirit of the age laid bare innit?

I don't know this guy from Adam but I'd like to heartily thank him for the description, a "Robin Carmody-style chinstroker". Given that I do actually spend much of my time pondering over bullshit and wishing I was a bit more like Robin Carmody, this is a remarkably fitting epithet for me, one that fills me with pride and makes me think I must be doing at least something right. Cheers for that.
Posted by Alex Niven at 15:44 No comments: 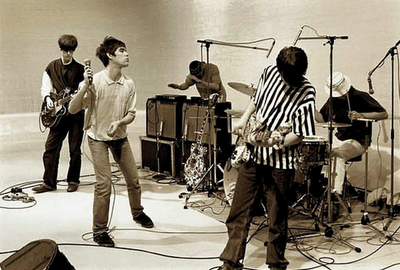 Following the below post and comments on the Stone Roses reunion, I've been thinking a lot about why they were so important. I think at heart it's because they were perhaps the ultimate synthetic band: everything they did seemed to join together apparent antitheses (harsh/soft, simplicity/sophistication, individual expressivity/collectivism, guitar music/electronica, and so on). This is why their message remains so radical. They were truly revolutionary because they didn't conform to any of the stereotypes about Britishness. They were neither middle-class art-school wankers in the manner of Blur nor working-class boors in the manner of Oasis; but then nor were they geeky, proletarian "mis-shapes" in the manner of Pulp (cf. Mr Hatherley's latest). In fact they represented the British Establishment's deepest fear: the organised aggregate and sublimation of these disparate elements, an emboldened team of earthy, arty, funny, political, vociferous, populist, intellectual, macho, sensitive lads.

If this sounds gendered, well, I think gender and sex were integral to the opposition-dismantling tendency. To take just one example, check out the lyrics to "Going Down", an insanely gorgeous B-side from 1989:

Dawn sings in the garden
Phone sings in the hall
This boy's dead from two day's life
Resurrected by the call
Penny here we've got to come
So come on round to me
There's so much penny lying here
To touch, taste and tease
Ring a ding ding ding I'm going down
I'm coming round

I'd better come clean and say that I think this is one of the very best lyrics in the history of popular music, no question. But value judgments aside, it's clear that the charm of this comes from its incredibly gentle, disarming brand of machismo. This is the anti-Inbetweeners, if you like: a cheeky, even "laddish" exploration of adolescent sex that is nevertheless utterly respectful, refined, and humane, redolent of some of the finest passages from the prelapsarian sections of Paradise Lost.

I suppose a certain kind of feminist might object to this sort of thing, but frankly I think this would be a huge shame. This is a woman-worshipping song in the sweetest, most generous, most self-abnegating sense, a song about heavenly intimacy that builds up to a description of a "69" juxtaposed with an allusion to Jackson Pollock's Number 5. There's a unique and divine bathos at work here, a magical evocation of that state of mind - not necessarily sexual - when everything blurs and the high becomes low and two people become one and suddenly everything under the sun seems possible. In short, this is the visceral, sensual experience of equality, the bedrock of everything the Stone Roses ever did.

The estimable Phil Knight now has his very own, very good blog.

Though it's not something I'm overly familiar with, I've been enjoying his recent occult-oriented posts (see here). By way of a tribute, here's a fantastic picture of early-twentieth century occultist composer/songwriter Peter Warlock (a/k/a Philip Heseltine, a/k/a Brian Sewell's dad), who I've been doing a spot of research on recently: 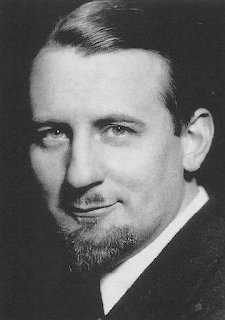 Primarily I just wanted to share what is without a doubt one of the best photographic portraits I've ever seen. Look at that infernally involuted mouth!

I don't really know much of Warlock's oeuvre, other than the carol service staple Bethlehem Down, which is brilliant I think, largely because of the melisma on the word "down" that seems to pre-empt the sixties, Tomorrow Never Knows, eastern mysticism-meeting-folk revival, that sort of thing:


It's very pop-song-esque isn't it? There's a palpable verse-chorus-hook format, and a Beatles-esque formula of basic, folk/primitive melody being subtly tweaked or warped with unexpected chords to haunting effect. Reading up on Warlock it seems that his approach to music writing was actually quite similar to the later pop tunesmiths: he was self-taught, intent on being a songwriter as opposed to a composer (in the way that many late-romantic English writers were at the time of Vaughan Williams, Gurney, Grainger et al), and a "vertical" rather than a "horizontal" writer according to the account that I read (ie. he was interested in chords, in seeing where rich chordal blocks would take the melody, which recalls Ian MacDonald's view that Lennon and McCartney spontaneously rejected traditional harmony when they lighted on an exploratory, "moving chord shapes around the fretboard" methodology.)

Anyway, well done Phil, and big up the occult.
Posted by Alex Niven at 11:12 4 comments:

THE MAGIC OF TEAMS 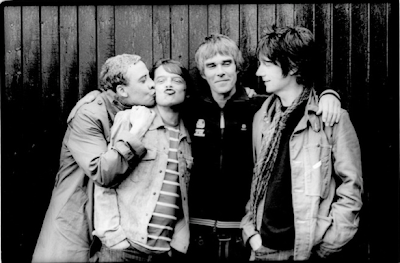 I think this will be an unmitigated disaster. But I'm moved to the marrow of my bones, nevertheless.

What does it feel like to support the newspaper that supported Adolf Hitler? That supports the banker cabalists that are ruining the world?
Posted by Alex Niven at 20:45 3 comments:

Attend, you sons of high renown
To these few lines which I pen down:
I was born to wear a stately crown
And to rule a wealthy nation.
I am the man that beat Beaulieu,
And Wurmser's hill did then subdue;
That great Archduke I overthrew,
On every plain my men were slain.
Grand travesty, did I obtain
And I got capitulation.

Well, we chased them on the Egyptian shore
Where the Algerians lay all in their gore.
The rights of France for to restore
That had long been confiscated.
We pursued them all through mud and mire
Till in despair my men retired,
And Moscow Town was set on fire.
My men were lost through sleet and frost;
I ne'er before received such a blast
Since the hour I was created.

Well, in Leipzig Town my soldiers fled,
Mount Mark was strewn with the Russian dead.
We marched them forth, in inveterate streams
For to stop a bold invasion.
So it's fare you well, my royal spouse,
And offspring great to my adore,
And may you reinstate that throne
That's torn away this very day.
These kings of me have made a prey
And they've caused my lamentation.

Also, "We marched them forth, in inveterate streams" is crazy good isn't it? The whole thing is like Sympathy for the Devil crossed with Yeats's Easter 1916; an ideal mixture of hubris and pathos.
Posted by Alex Niven at 13:50 3 comments:

Great post by Wayne over at the nineties blog on the turn-of-the-millenium, Armand Van Helden, and, err, the Glencoe Massacre. Top stuff.

The unofficial Newcastle United website NUFC.com is running a competition to publicise the re-release of Gazza Agonistes by Ian Hamilton (first published 1993) in the Faber Finds series. 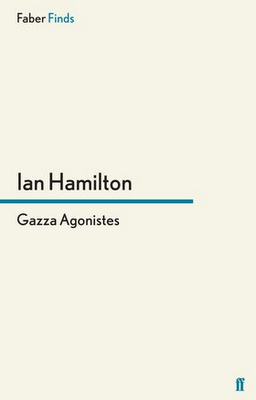 How is this the first I've ever heard of this book? It sounds AMAZING.

Poet friend of Robert Lowell marries Milton and Gazza, the north-east and the nineties, cultural commentary and Jimmy Five Bellies: what's not to like?
Posted by Alex Niven at 14:38 2 comments:

to Carl, for summing up Folk Opposition better than I ever could.
Posted by Alex Niven at 14:39 No comments: 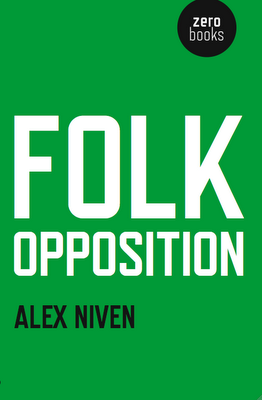 I have a book coming out later this month. Called Folk Opposition, it's a sort of extended rant/jeremiad/screed, at the end of which I try to gesture at some broad ideas for a revival of grassroots collectivism in the UK.

There's probably something in the book for everyone to disagree with, that being the nature of this kind of thing. At bottom, though, I tried to write something informed by an ideal of commonality, unity, and hope, because, frankly -- and I don't care if this sounds corny or trite -- these sentiments are what I felt was in most need of championing at this particular moment in time; I hope this shines through whatever flaws and contentions you have with the subject matter or means of expression.

The book was written about a year ago now. Although most of it remains fairly topical (and props to Zero for bringing publication forward to ensure this), there are a couple of minor addenda. Firstly, the riots in London this summer represent one of the most notable examples of "folk opposition" in years; obviously, not being able to tackle them is a great regret (although, on the other hand, having been out of the country at the time, I'm not sure I would've felt competent to do this anyway). Secondly, Tom Pickard, who very generously read the manuscript, pointed out that he was unsure that the term "beat poet" was an accurate description of himself. This was a failure of eloquence on my part, for which the explanation that the book was written extremely quickly is hardly an excuse. I know full well that Tom's poetry fits much better into a British Black Mountain/post-Objectivist lineage, as well as connecting back to an older northern tradition of balladry (something I probably should have made more of, given my thesis). In fact, I would urge everyone to come to their own conclusions about Tom's nonpareil poetry by reading it for themselves, and thereby bypassing any maladroit summaries I might be able to offer.

I've tried to thank everyone I know in the Acknowledgements. If you're not there it's probably because I didn't know you well enough earlier this year. Probably the major people to have been omitted in this way are the people I've come into contact with this year through writing for the "decade blogs": Wayne Kasper, Phil Knight, Agata Pyzik, and others, many of whom I know only by their first name or avatar: William, Greyhoos, Zone Styx, Oliver et al. I don't actually know any of you personally but I'd just like to say that my life has been made immeasurably better by being a part of a discussion community with you. Thanks for being so clever and sympathetic and just fucking there.

Anyway, if you'd like to buy the book you can do so here.

P.S. Here is a short photo essay to, err, whet your appetites ... 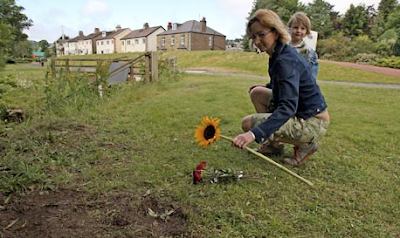 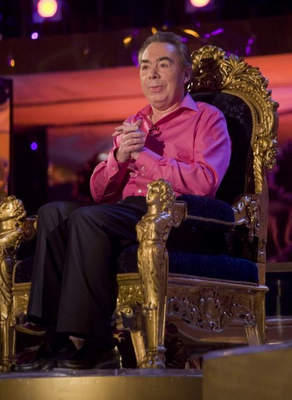 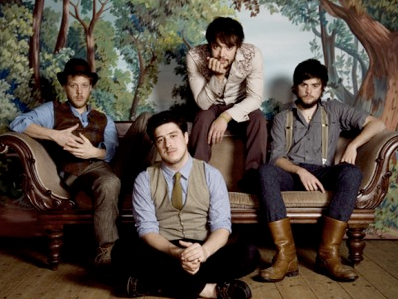 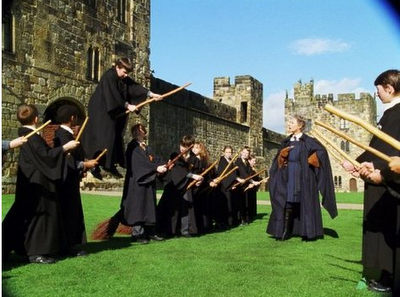 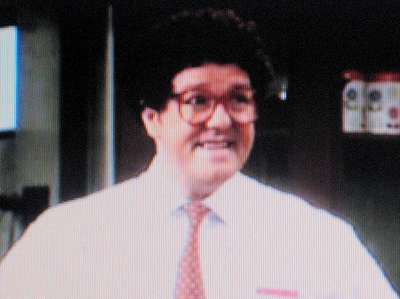 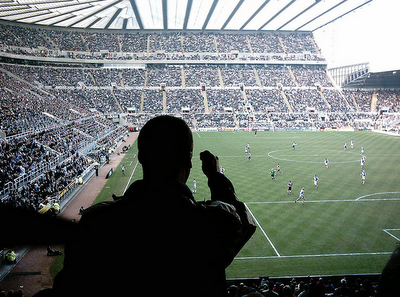