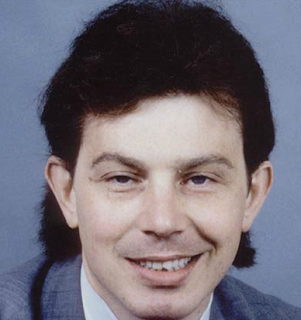 Generally, it's a little bit disillusioning. With the possible exception of Diane Abbott, all of the candidates seem pretty thoroughly New Labour, still caught in a very cautious "musn't alienate middle England too much" mindset. For example, Abbott was the only one to say she would take steps to get rid of Trident; the other four were very technocratically "realistic" on this issue, saying that they were committed to multilateral disarmament, and that unilateral disarmament wasn't practicable. I could see what they were saying, but surely a party with any kind of left-wing ethos - and with 5 guaranteed years of opposition ahead of it - can afford to offer a bold statement on an issue like this. This is a relatively minor issue (you would hope), but it's symbolic of a wider malaise: lingering Blairite/Brownite establishment pragmatism, combined with an inability to offer galvanizing left ideology for the traditional Labour grass roots.

To run down the candidates as individuals:

David Miliband. Must be avoided at all costs. Very intelligent and articulate. By far the most polished and confident of the five. Said some appealing stuff, but I don't think he believed a word of what he was saying. He is a robot, and his policy statements and past record speaks for itself. Pro-business, supports extension of private sector, "excellence" in schools, etc etc.

Ed Miliband. Very slightly more left-wing than his brother, but from the same stable, and similarly "establishment". He's just not that confident and can seem a bit ridiculous in his delivery. Classroom geek. Both Milibands are much too "head" over "heart", and they won't win back any disenfranchised working class voters. They just don't get it. Two shiny new Nick Cleggs in the making.

Ed Balls. Wasn't actually too bad. Seemed quite reasonable on some points. Quite obviously deputy leader or home secretary material though, in my eyes. And just so New Labour and right-wing.

Diane Abbott. By far the most attractive on the face of things. Palpably the most genuine by about a mile. Funny. Opposes tuition fees, Iraq, etc. Big stain in that she sent her kids to the £10,000-per-year City of London School. You have to be mature about things like this, but it seems bizarre that all the other - much more right-wing - candidates sent their kids to state schools. How can she speak authoritatively for Welfare State against elitism, private sector etc? On paper though, Abbott is definitely the closest thing to what the Labour Party needs, ie. someone to re-synthesise the middle-class intellectual/social liberal and the working class populist/communitarian strands of the traditional base. A great communicator though not overly sharp on finer details. But quite "London" - how will she go down in Welsh, Scottish and Northern English heartlands?

Andy Burnham. I was quite impressed, but my enthusiasm dissipated somewhat when I read up on him. His record is very Blairite and he stands squarely behind Iraq, private sector involvement in state sector etc. And yet ... He's young (40), and you feel that he might be able to grow into opposition in a way that the others cannot because of association with Blair/Brown and government (though Ed Miliband could also do this). And there is something of Jon Cruddas about him (why oh why didn't he stand?!). He's a Manc Catholic, and big on the idea of the family in a humane-communitarian way that I think is quite promising (like Cruddas, and US Democrats eg. Clinton, Obama). He'll do very well in the North (and probably Wales and Scotland too). Hit the nail on the head when he said in his peroration, "I think people are sick of politicians who sound like they're reading their speeches from a pager". Used to be part of the Football Taskforce - has backed football co-operatives and reopening the Hillsborough enquiry. This is exactly the sort of grass roots cultural territory that the Labour party should look to. Also encouragingly against London-centric elitism. Will run his campaign from Manchester and has interesting suggestions about equality of opportunity, most notably, forcing employers to advertise work experience placements as a check on nepotism. These are canny, innovative ideas, and if he can shake off his New Labour past he might just be able to pull it off. Needs to gain in confidence but has plenty of time.
Posted by Alex Niven at 14:04 No comments:

NOT EXACTLY SURPRISING, BUT FUNNY ALL THE SAME

-
record company unpeople on The Kooks
Posted by Alex Niven at 11:45 No comments: 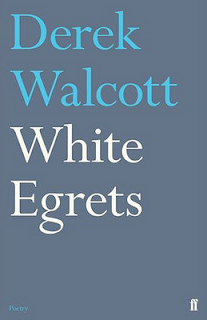 News of an alliance between the more hopeful elements of post-Blair/Brown Labour, and a grassroots, anti-robber-baron football supporters organisation (NUST) is extremely encouraging.

Lots of potential in this.
Posted by Alex Niven at 09:56 No comments: