WILD BEASTS, BRITISH EXPEDITIONARY FORCE, AND ALL THAT DREAMING

I've been listening to a lot of Wild Beasts lately. Partly this is because they have a new album out. But also it's a result of reading Carl's post about them a couple of months ago, which compelled me to download the first album (which is clearly better than the second as Carl points out, and probably also the third, though Lion's Share and Albatross are both true belters I think).

The whole thing underlined to me the importance of having a good taste arbiter, someone whose opinion you broadly trust, someone you will listen to and take seriously when they offer a passionate defence of an artist, tune, album, book, or whatever. This isn't a subjective impulse, I don't think, though it might seem so because it appears to rule out the possibility of an "objective standard" for aesthetic appreciation. Rather, when the objective standard is regulated by the market (via organs like NME, Zane Lowe, the Mercury Prize judges, even Pitchfork) you begin to lose faith in it, and finding alternative ways of measuring value becomes vitally imperative. You have to find something else to invest belief in. Even if you should always bring reserves of critical judgment along with you, you have to make this initial leap of faith, finding a person - or, even better, a group - to give a kind of spiritual grounding to the formulation of opinion.

There's a line from a John Donne poem that I'm becoming increasingly obsessed with:

Reason is our soul's left hand, faith her right;
By these we reach divinity.

I think this is what we're all looking for when we respond to a work of art - this combination of reasoning (which confirms our sense of self) and faith in someone else's ulterior perspective (which allows us to be transformed into something bigger and better than we were previously).

When I listen to Wild Beasts, I appreciate it because it's the kind of music I like (melodic but aberrantly so, hinterland surrealism with an experimental edge and some fiendishly clever lyrics). But then I first heard Wild Beasts three or four years ago, and was relatively non-plussed; they seemed nothing more than an above-average guitar band. I required something else to elevate a basic rational response (a sense that this band ticks my personal taste boxes) into a full-on appreciation, which ultimately has to incorporate an element of passion and belief, and which I found in Carl's impassioned (yet reasonable and carefully articulated) endorsement of the band. I used to experience this sort of transformative process fairly regularly, through the music press and John Peel, and I can't tell you how much it devastated me when these resources were removed from view in the last decade. So I suppose what I'm saying, in sum, is that it feels good to find something to believe in again. Sometimes I think the return of this very modest form of empowerment - this simple reinstatement of belief in other people - is what will save us all.

Does anyone else have any endorsements like Carl's of Wild Beasts?

One I'd like to offer is of a short-lived band from 2007-8 called British Expeditionary Force. This was a kind of collaborative side-project consisting of Justin Lockey (from Your Code Name Is: Milo) and Aid Burrows (from My Architects), two relatively small-scale indie outfits, both now defunct. 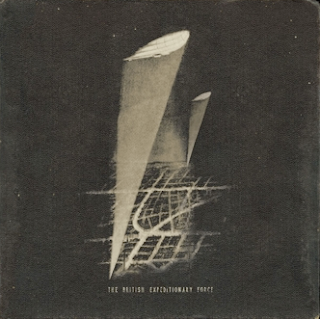 BEF only released one rather short album as far as I know, and having lost my CD copy, I can't find it on any torrent sites. There aren't any videos online to speak of, but thankfully the album is on Spotify, so I'd recommend going there if you're interested, or even (sharp intake of breath), actually buying the thing if you have a spare penny or two. There may be some stuff on the myspace page.

Anyway, the two tunes I feel really passionate about are Back of Your Hand and All Those Demons. As with Carl on Wild Beasts, I think partly I'm getting off on the North Country vibe: Burrows is from Warrington and Lockey from Doncaster/Newcastle, and it shows. Lockey's soundscapes are clearly indebted to Scandinavian post-rock (Mum and, especially, Efterklang), which I think is quite a Northern thing - looking across the North Sea and Atlantic instead of southwards to London. If the post-rock aspect sounds a tad dated at this particular moment in time, I think this is partly something that will remedied with a few more years of distance, and something that an intelligent man or woman will be able to "listen around".

So Lockey's production is unmistakably Northern, and so too are Burrows's vocal lines, which recall Ian Brown at his warm, nuanced best. Both All Those Demons and Back of Your Hand are sublime vocal performances. All Those Demons is a song of profound melancholy and resignation:

While Back of Your Hand is more straightforwardly elegiac:

Stuff like this moves me in a way that is beyond my powers of description to express. Listening to BEF, all the sadness and regret of my youth goes streaming through my head. I think of the deserted Pennines, and people struggling to get by and to be listened to. I think of failed dreams and people I no longer know, people that have died, musicians who should have been given the chance to flourish but instead came to abandon "all that dreaming". I think of an old, Northern kind of warmth that is the only variety of "Englishness" that I have any time for whatsoever.

Sorry, but I can't really say much more than that. You'll just have to believe me innit! Listen to British Expeditionary Force, and see if you can be transformed just a little bit.
Posted by Alex Niven at 10:34

They're back. Chapter Two is released on the 26th.

Great stuff, looking forward to it!