ENDGAME FOR A COUNTER CULTURE, FRAGMENT 1

The Man in the Beer Garden 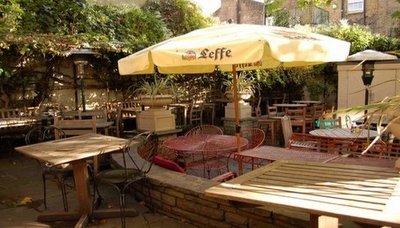 The four of us are walking down a street somewhere in West London. I don’t know London too well so I don’t know which street. We’re heading for a meeting with a major record label A&R head, in a pub beer garden that will turn out to be cheery and ivy-covered – bucolic, you could say.
I decide to try to say something pithy and useful to our manager, who met us at the tube station to brief us on the way over:
“Is there anything we should know before the meeting? Any dos and don’ts?”
“Good question. That’s a very good question actually. Well, I dunno if there’s anything specific really. Oh, whatever you do, don’t say you’re the kind of band that isn’t too bothered about selling records.”
“Ha. No worries!” says bassist Geoffrey.
“You’d be surprised though,” says Manager, “how many bands do say that sort of thing”.
We share a giggle, though I think we might all be laughing for very different reasons.
Ian Maclean the A&R head actually turns out to be quite a nice guy. He’s a large, gentle man from the west coast of Scotland with a mass of floppy red hair and a mellifluous accent. Danny the lead singer and I have been best friends since childhood, and we once went on a holiday as teenagers to the small seaside village in Scotland where Ian grew up. After this bizarre coincidence emerges, the conversation gathers fluency, helped along by many pints of posh continental Weissbier, which Ian puts on a record label tab. He tells us some anecdotes about his thirty-odd years in the business. They’re packed with the usual name-dropping and aggrandized language, but for once this doesn’t bother me. He’s an infinite improvement on almost every other industry figure we’ve met up until now, unassuming and earthy. As Manager will say when Ian leaves, to more ambivalent giggles from us, “he’s too major league to be arrogant”. Bassist Geoffrey puts it more succinctly: “Ian is The Man”. This will be delivered with a mixture of sarcasm and approval.
Right now though, Ian is entertaining us with his let-me-tell-you-a-bit-about-me-and-the-company routine:
“The first gig I ever had was engineer on Kate Bush’s first album. We used to go out for a joint every morning, and I would spend the rest of the day trying to pretend I wasn’t stoned out of my box. I used to blush whenever I spoke to her, she was that good-looking. I was only nineteen”.
I like Ian, I think to myself. He’s a Celt, and as my mum would’ve pointed out, that means he is innately good by default. On top of this he seems to understand where we’re coming from. Maybe bassist Geoffrey is right, maybe the days when the record industry was full of unscrupulous money-minded bastards are long gone. Ian tells us that he got into the business in the late seventies and early eighties because he loved “leftfield guys like XTC and The Associates”. He says he wanted to do what he could to further the cause of innovative music like this. He says we remind him of exactly those sorts of bands. This is fucking sweet!
Eventually we get onto the inevitable topic of The State of the Industry, and I take this as another opportunity to say something pithy and useful. Because I’m a bit pissed by now, I decide to chance a bit of very mildly subversive rhetoric. But what comes out is more like clichéd PR-babble:
“Yeah, I mean, it’s such an interesting period. With the bottom falling out of the mainstream, there’s a lot of scope for really challenging art-rock bands to completely reorder the musical landscape. I mean, you can’t play safe any more, so why not risk doing something truly radical? It’s a great time for mavericks”.
Why am I always so inarticulate in these situations? I can’t believe how truly vapid and awful my argument sounds out loud, like something out of Peep Show. But, to perhaps everyone’s surprise, Ian seems to like it.
“Definitely. I couldn’t agree more. It’s a great time for mavericks, you’re dead right.”
General enthusiasm and relief abounds around the table, followed by a lull in the conversation. Bassist Geoffrey - who has, I realize, been unusually quiet up until now – decides to take the opportunity to speak. He leans forward, and says, apropos of nothing, in an almost theatrically hushed voice:
“But we are the kind of band that wants to sell records, you know”.
Silence. My friend Danny shuffles in his seat and shoots me a glance that I can’t quite read. He hasn’t once spoken up against this sort of crap over the last two years, and he’s hardly likely to start now. Increasingly, it’s becoming apparent that he agrees with it.
“Exactly,” says a suddenly altered Ian Maclean. “When I first heard you guys I thought to myself: these guys want to do things on their own terms, but they want to sell a lot of records while they’re doing it”.
I sip my pint and realize with cold certainty that it can only be a matter of days now before I leave this band. 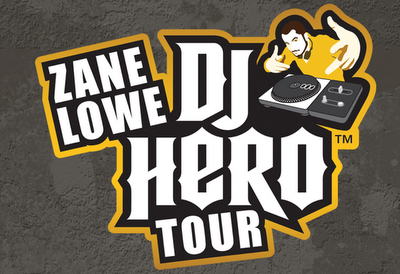