PETER OBORNE IS ACTUALLY A RELATIVELY GOOD LAD, IT WOULD SEEM

The reaction to this Miliband resignation thing is profoundly depressing.

Martin Kettle in The Guardian says:
... many of the things for which Miliband stands will simply not go away, however much Labour's old-time religionists and Pasionaras may wish it otherwise. Labour is not going to lurch into anti-Europeanism or big new welfare spending commitments just because the brainy ex-foreign secretary is heading out of the Commons. It is not going to do these things because it – and this includes Ed Miliband – knows it cannot win or govern on that basis.

Peter Oborne in The Telegraph says:
Yet after Labour’s 1997 election victory he was the poster boy of a new ruling elite which seized control of the commanding heights of British politics. Anti-democratic, financially greedy and morally corrupt, this new political class has done the most enormous damage. Since David Miliband was its standard-bearer, his political career explains a great deal about what has gone wrong with British public life, about why politicians are no longer liked or trusted, and about how political parties have come to be viewed with contempt.

It says a lot about the ongoing media hegemony of Blairism in Labour-centric discourse that it's an ardent Tory who offers the pithy critique.

I have so much fucking rage for the Guardian right now. I mean, come on, David Miliband was one of the most odious politicians in living memory. How about headlining something vaguely left-wing for a change?
Posted by Alex Niven at 11:22 2 comments:

Most people regard Britpop as a dirty word, and of course I can understand why. Pretty much all of the great evils of the present were birthed or crystallised in that funny period between 1994 and 1997. Blairism, retro, and Alex James have morphed seamlessly and without ideological consternation into Cameronism, vintage, and Alex James. We haven't moved on. The mid-nineties are a nightmare from which we're still trying to awake.

So how do we dead awaken? Given that the nineties appear to be at the foundation of the present fucking farce of an epoch, the answer seems to be venture Dante-like into the Inferno in order to see what we can salvage from the flames. Thankfully Rhian E. Jones has been brave enough to do this in what is already the year's most passionate, most brilliant, most enjoyable book. 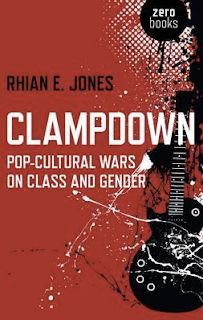 One of the great strengths of Jones's summary of gender and class debates as they impacted on Britpop is the obvious affection she shows for her musical case studies. It's easy to castigate the bands of this period, and indeed some people appear to have dedicated their lives to this vocation. But too often critiques of Britpop end up sounding like the reactionary rants they purport to oppose. It's elementary to slag off Oasis; it's far more difficult to actually try to pick apart what went wrong in this period, and to try to detach the worthwhile aspects of a variegated populist movement - arguably the last of the really cogent countercultural rock movements - from its obviously wayward, conservative tendencies. Clampdown pulls off this timely intellectual feat with aplomb.

The Manic Street Preachers emerge as obvious heroes of the narrative. But then arguably the Manics are in little need of critical redemption, mainly because they were artsy enough in their early years to secure the enduring affection of the bohemian liberal set. What's far more pithy about Clampdown is its wonderful exploration of a host of bands - Shampoo, Kenickie, Elastica - who have arguably been marginalised because of their association with the ephemerality of the period (and obviously accusations of "disposability" tend to be levelled far more often at female artists). These are sorts of bands people of my age remember with fondness but can't quite put a finger on why. Jones seeks out these forgotten pop fragments and makes a convincing case for their importance.

Clampdown then, is a celebration of the disposable, the ephemeral, the kitsch of Britpop, and a recovery of the political potential inherent in these values. When these largely working-class mores at the centre of British culture, something must be going right somewhere along the lines. The working-class cultural upsurge of the mid-'90s that was briefly epitomised in Britpop was widespread and profound. If its energy was quickly siphoned off by Cool Britannia, that shouldn't stop us from trying to recover something from the rubble.

You must read this astonishing book.
Posted by Alex Niven at 14:51 No comments:

An inglorious decline over a number of years due to avarice, self-interest, horse-racing, lack of resilience, and general spectacular boringness.

Or: a lobotomized parody of George Best for the neoliberal age. 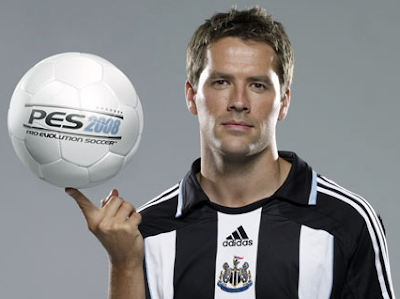